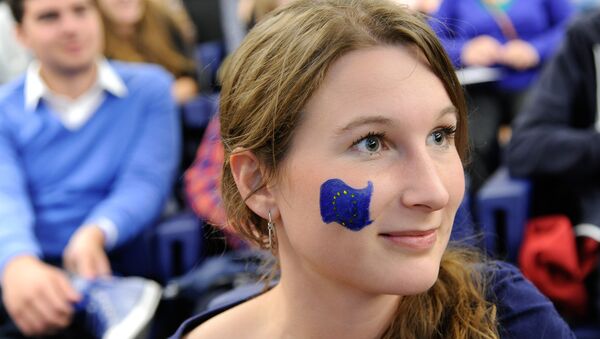 © Flickr / European Parliament
Subscribe
European Union voters in France, Germany, Italy and Greece are unhappy with the direction their country is going, but still do not feel like following the UK to abandon the EU, according to a new A WIN/Gallup International poll. It comes as anti-EU parties across the bloc are gearing up for several elections across the EU in 2017.

Almost 15,000 people were surveyed in the online poll, which has found support for the European Union remains above 60% in most of the larger member states.

Currently, all countries would vote to Remain in an EU referendum — including the UK pic.twitter.com/eCIoz0Wwzy via @EuropeElects #brexit

​Yet domestically, the revealed significant unease with 89% of voters in Greece thinking their country is heading in the wrong direction; 82% in France; 79% in Italy and 62% in Germany.

After Brexit and President-elect Trump's victory in the US, nervous investors are watching for any sign that anti-EU discontent is on the rise for 2017.

It certainly has grown across the bloc throughout 2016. In its place, nationalist populism has risen, galvanized by every terror attack and EU trade deal that has been knocked back by bureaucracy.

Atrocities like the Bataclan attack in Paris in November 2015, and the Berlin Christmas market attack in December 2016, led to fierce condemnation of EU authorities. At issue was the revelation that in both cases, the perpetrators were able to move freely into and around the EU bloc. The allegation was that the key EU principle of freedom of movement is a risk to EU citizens if the EU's external borders are not robustly policed. 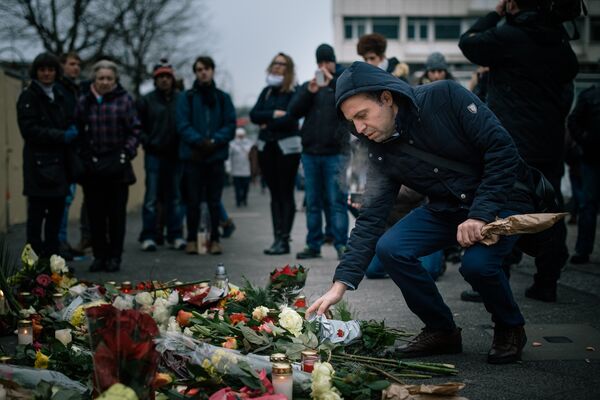 On Monday, a truck rammed into the crowd at the Berlin Christmas market on the Breitscheidplatz square, killing at least 12 people and injuring 48 more. The country's interior ministry has labeled the incident a terrorist attack. Following the incident, the police detained a suspect, a Pakistani citizen, who arrived to the German town of Passau on December 31, 2015.
© Sputnik / Zakhari Shoirer
/
Go to the photo bank

The EU promised to bolster it's border management, launching a new border agency, the European Border and Coast Guard.

Trade negotiation fiascos like the CETA deal between the EU and Canada dented the reputation of the EU. One small region of Belgium, Wallonia, was able to block the signing of the deal, already agreed by the rest of the EU. It laid bare the crippling weakness of excessive bureaucracy, which lies at the heart of the EU federalized structure.

"2016 saw the EU foundations severely shaken," said Johnny Heald, managing director of ORB International, who did the UK polling for A WIN/Gallup International.

"What stands out is the overwhelming view from EU citizens that their countries are heading in the wrong direction — most noticeable in France and Greece — which makes fertile ground for right-wing populist parties."

Indeed, the French will go to the polls to elect a new president in spring 2017. The incumbent Francois Hollande has already bowed out of the race.

Instead, much of the coverage has been dominated by Marine Le Pen, the leader of the anti-immigrant, far-right Nationalist Front party.

Le Pen is vehemently anti-EU and has vowed that if she wins the presidency, she will push for a 'Frexit' to become the second country to abandon the EU after the UK.

The polls do not show her making it past the first round of votes, but if pollsters have learnt anything from 2016, it is that the public can be very fickle when it comes to answering pre-election polling surveys.

The survey was carried out between November 25th to December 7, 2016.

Meanwhile, the UK is due to trigger the process to withdraw from the EU in March 2017.

000000
Popular comments
The EU regime criticisers nationalism & populism, however they continually wave and adorn the use of their blue flag with gold stars on it, total hypocrites.

Zoanthropy
29 December 2016, 18:22 GMT1
000000
The polls are always fake just like the Hillary polls .......... Many voters in Enfland could not care what the EU voters think. They want out of the EU so they don't have to listen to the leaders of the EU tell them how to live their lives or who to accept coming into their country.