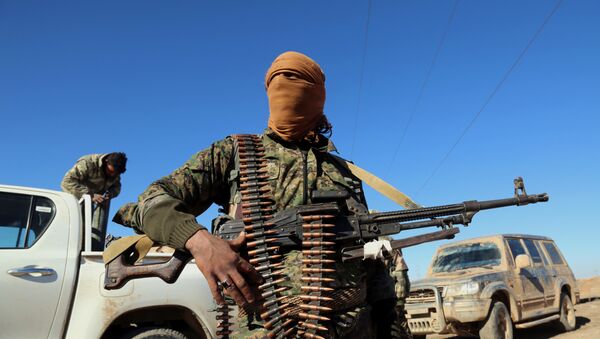 The establishment of the Syrian Democratic Front was announced on Monday.

"This front includes many forces, and it is now the most important group uniting the internal opposition representatives," Krydee said.

"It consists of the Committee for National Democratic Action in Syria [political entity made up of left-wing parties and business community], the Syria National Dialogue Committee with its four parties [the National Party, the Party of National Youth for Justice, National Syrian Kurd Coalition, Syrian National-Social Party] and a Kurdish group," she explained.

Syrian Opposition Moscow-Cairo Group Yet to Receive Invitation to Astana Talks
Mahmoud Marai, the secretary general of the group, said earlier in the day the Syrian Democratic Front was ready to take part in peace talks on Syrian reconciliation in Astana.

On December 17, Russian President Vladimir Putin and his Turkish counterpart Recep Tayyip Erdogan discussed in a phone call the possibility of a meeting in Astana between the parties to the Syrian conflict with Russia, Iran and Turkey as potential mediators.