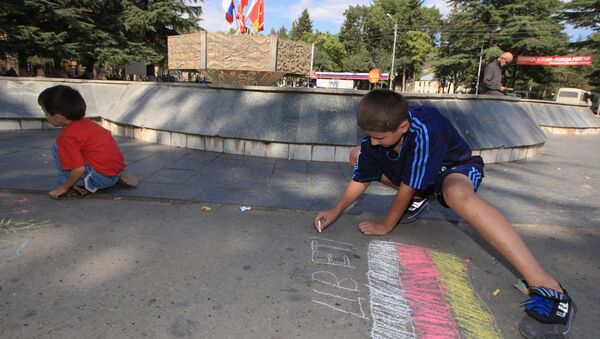 © Sputnik / Mikhail Fomichev
/
Go to the mediabank
Subscribe
International
India
Africa
The referendum on the renaming of South Ossetia may take place in April 2017 to coincide with the presidential election, republic's President Leonid Tibilov told Sputnik on Thursday.

South Ossetia Parliament Speaker Proposes to Hold Presidential Vote in April
TSKHINVALI (Sputnik) – In late 2015, Tibilov proposed to change the name of the country to South Ossetia-Alania, similarly to the Russian federal subject of North Ossetia-Alania.

"Holding a referendum is costly, so it would be logical for it to take place at the same time as the presidential election," Tibilov said.

The incumbent president won the 2012 election with 54.12 percent of the votes and said that he would take part in the upcoming election, tentatively scheduled for April 9, 2017.

South Ossetia declared its independence from Georgia in early 1990s and is currently recognized as an independent state by several nations, including Russia. In 2008, Georgia launched a military offensive against the breakaway republics of South Ossetia and Abkhazia, ending in a five-day war with Russia.