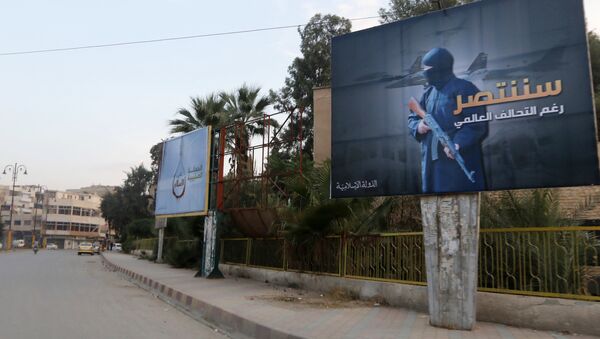 US Commander: Two More Years to Clear Daesh from Mosul, Raqqa
WASHINGTON (Sputnik) — The US-led coalition against the Islamic State (also known as Daesh) carried out 19 airstrikes in Syria and Iraq on Tuesday, including 13 near the group’s de facto capital of Raqqa, Operation Inherent Resolve joint task force said in a press release.

The coalition conducted one strike each near the Syrian cities of Shaddadi and Deir ez-Zor, according to the release.

Earlier on Wednesday, media reported that at least 22 civilians had been killed in an airstrike by an unidentified aircraft in the eastern Deir ez-Zor countryside.

The Islamic State, also known as Daesh in Arabic, is outlawed in the United States, Russia and many other countries.