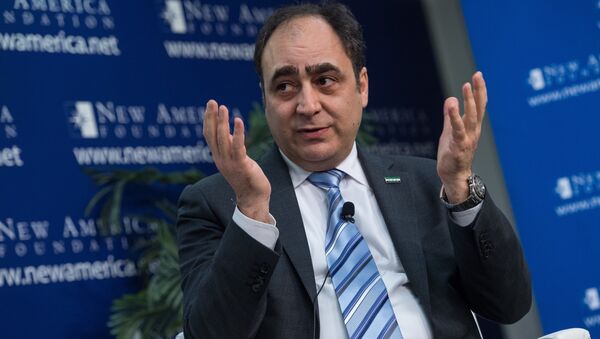 Intra-Syrian Talks in Astana May Prepare Ground for Reconciliation Deal
CAIRO (Sputnik) – The liberal opposition movement Syria's Tomorrow was not invited to take part in the intra-Syrian talks in Astana or Geneva but it is ready to consider such an opportunity in case of receiving an invitation, movement’s spokesman Monzer Akbik said on Wednesday.

"We have not participated in the talks yet, it there are invitations, we will decide on them," Akbik told Sputnik.

He pointed out that the UN Security Council resolution 2254 and Geneva agreements must be a basis for negotiations.

"While it is a legal basis, we agree to take part in the negotiation process," Akbik said.

He added that Russia and the United States could exert pressure on Syrian authorities to initiate the transition period.

Syrian Opposition Moscow-Cairo Group Yet to Receive Invitation to Astana Talks
On December 17, Russian President Vladimir Putin and his Turkish counterpart Recep Tayyip Erdogan discussed in a phone call the possibility of a meeting in Astana between the parties to the Syrian conflict with Russia, Iran and Turkey as potential mediators.

On Monday, UN Special Envoy for Syria Staffan de Mistura said he intended to convene negotiations between the Syrian government and opposition in Geneva, Switzerland on February 8.