Death From Above: Hundreds of Blackbird Corpses Rain Down on New Jersey 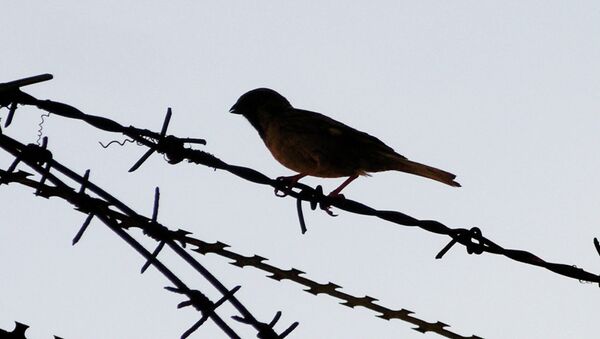 Some 200 Red-winged blackbirds have fallen from the sky and littered the ground in Cumberland County, New Jersey, local officials say. The New Jersey Department of Environmental Protection (DEP) performed autopsies on the corpses but “can’t say for certain” what caused the birds to fall.

Farmers consider some blackbirds to be pests, as they reproduce quickly and eat grains and seeds. As a result, no permit is required for farmers who wish to spray their crops with avicides, chemicals that kill birds specifically. However, pesticides in use at local farms are not avicides, and should not have harmed the birds, DEP reported.

DEP spokesman Larry Hajna stated that the Division of Fish and Wildlife "did ascertain that the birds suffered trauma and internal bleeding from hitting the ground… but what made them fall from the sky in the first place… we can't say for certain." He added that the examination revealed "that the deaths were not caused by pesticides commonly known to be toxic to wildlife and not likely caused by compounds reported in wheat seed planted in an agricultural field." However, toxicology tests are ongoing, and that the first round of tests only covered the pesticides being used by local farmers. It's still possible that the blackbirds were poisoned some other way.

If toxicants are ruled out, the cause of the bird deaths becomes more mysterious. In late 2010 and early 2011, 5,000 blackbirds died in Beebe, Arkansas, and an additional 500 perished in nearby Pointe Coupee Parish, Louisiana. The deaths were blamed on birds being frightened by New Year's Eve fireworks, causing them to fly into homes, cars, and power lines. A 1998 snowstorm disoriented about 10,000 Lapland longspurs and sent them careening toward the ground. There were no reports of extensive fireworks or snow storms in Cumberland County.

Mass bird deaths are not uncommon. The World Wildlife Fund estimates that 50 million birds die every year from "colliding with buildings, pesticides, and predator cats" in North America alone. Blackbirds in particular are vulnerable to mass deaths. LeAnn White, a wildlife pathologist with the U.S. Geographical Survey, told PBS in 2011 that there had been "at least 16 cases [of mass blackbird deaths] in the last 20 years." This has not done serious harm to the Red-winged blackbird population, with an estimated 500 million members of the species living in North and Central America.