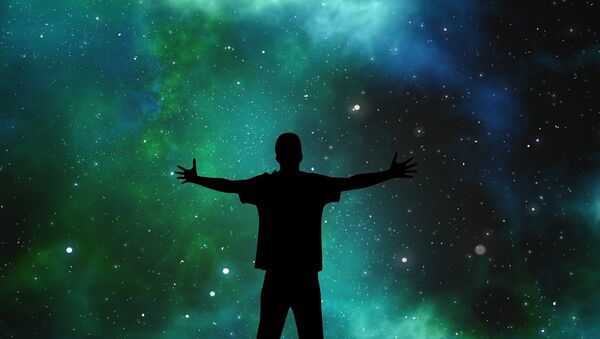 Scientists have discovered a surprisingly dense cluster of galaxies in the constellation Sextans, where stars are being born more quickly than in any other place in the known Universe. This discovery completely changes our ideas of how galaxies are born and how they die, Russian astrophysicist Alexey Finogenov told RIA Novosti.

The first stars in the Universe were not like our Sun, as they did not contain astronomical “metals” – any elements heavier than hydrogen and helium. For that reason, the size of these stars was almost unlimited, and they were 300-400 times heavier than the Sun.

These massive stars couldn't have formed in the same way the Sun did, scientists believe. To learn more about the first stars, astronomers study so called “stellar nurseries” – dense areas in outer space in which gas and dust contract, resulting in the formation of new stars.

Recently scientists discovered an extremely unusual cluster of early galaxies, CL J1001+0220, using the XMM Newton and Chandra x-ray telescopes. The cluster was discovered to have been formed in the early Universe, Alexey Finogenov, a researcher from the Max Planck Institute for Extraterrestrial Physics in Garching, Germany, reported at a conference on high energy astrophysics held by the Space Research Institute of the Russian Academy of Sciences.

This cluster is very compact and very dense; it consists of 17 large galaxies. It is located 11.1 billion light-years from the Earth, and it weighs about 40 trillion solar masses. Every second it emits as much energy as the Sun does in 500 years.

“Star formation in this cluster reaches four thousand solar masses a year, which is currently the record,” Finogenov said.

He added that in the galaxies of this cluster, there was more inert gas than in the Milky Way or other “modern” star families. Also, the congestion was compact and galaxies in it were located closer to each other, so the stars there formed at a record-breaking rate of speed.

“If we take a look at old galaxies, there is a common trend showing that galaxies which have the same mass and speed become more active as we go further back in time,” Finogenov said. “CL J1001+0220 is ten times more active in star formation than older galaxies which had been discovered before.”

The intensity of this star formation means that these galaxies will exhaust their gas reserves very quickly. As a result, they “die of gluttony,” astrophysicists joke.

According to Finogenov, this discovery has given scientists a very important clue about why half of the “stellar megapolises” we see today have already turned into already-dead “zombies” which form hardly any new stars.

Many astrophysicists had believed that black holes kill galaxies because they warm up and throw around interstellar gas, while new stars can only form from cold and dense gas.

However, the discovery of CL J1001+0220 has cast doubt regarding this theory, as star formation in this cluster is so intense that it can leave the galaxies without “star construction materials” on its own, even without black holes.

According to the results of our research on old galaxies, there is no correlation between the rate of star formation rate the activity of their black holes,” Finogenov specified.

The researchers have not yet found galaxies similar to those in CL J1001+0220, but they are sure they will discover more, similar objects soon.