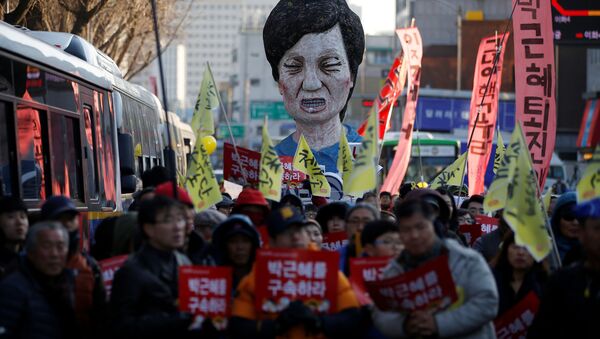 Members of the special prosecutors' team removed evidence relating to the corruption probe from the homes of former presidential Chief of Staff Kim Ki-choon and Culture Minister Cho Yoon-sun and raided 10 other sites including ministry offices, Korea Times reports.

Kim is suspected of using his power to protect longtime Park friend Choi Soon-sil, the epicenter of the scandal.

Choi is accused of using her access to the president to benefit her inner circle. Kim is accused of, among other things, pressuring the then-vice culture minister to strip several officials of their posts, ostensibly because they held views "incompatible" with Park's government, but now apparently because they opposed setting up foundations now found to be under Choi's control, Korea Times explains.

Cho may have been involved in that crime, or prosecutors may have been looking into accusations that Kim and Cho were involved in creating a blacklist of more than 9,000 artists who were critical of Park's government. Twelve art and culture organizations have filed complaints against the two because of the alleged list, according to the Korea Times, as stories emerge of officials pressured to ignore the artistic contributions of those on the blacklist.