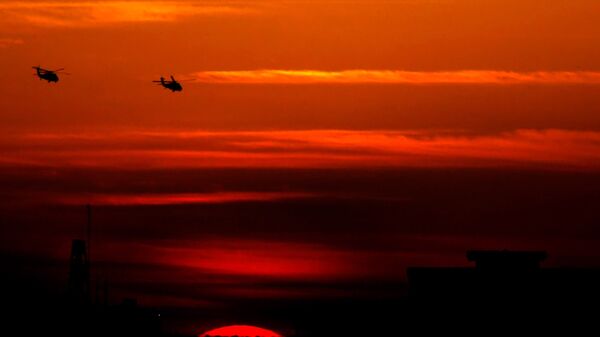 © AFP 2022 / JOSEPH EID
Subscribe
Back in 2002, the US opened the door to a new arms race by abandoning the 1972 Anti-Ballistic Missile Treaty, Brazilian journalist Pedro Paulo Rezende told Sputnik. The journalist highlighted that Russia has always pursued a defensive strategy and added that Russia's rockets are "undoubtedly the best in the world."

Brazilian journalist and expert in international affairs Pedro Paulo Rezende echoed Russian President Vladimir Putin stressing that the US opened the door to a new arms race by withdrawing unilaterally from the 1972 Anti-Ballistic Missile Treaty in June, 2002.

In the course of his annual year-end conference Putin underscored that by abandoning the treaty the US created the context for the renewed arms race.

"The basis for the new arms race was created after the United States left the Anti-Ballistic Missile Treaty. This is obvious," Putin highlighted Friday.

Nuke Race 2.0: US 'Umbrella' Strategy Forced Russia to Increase Own Capacity
"When one side unilaterally left the treaty and said it would be creating a nuclear 'umbrella,' all on its own, then the other side had to either create the same 'umbrella,' which we are not certain that it is advantageous, considering the doubtful efficiency of this program, or it had to create the efficient means of surpassing this missile defense system and perfecting the missile strike system," Putin said.

Commenting on the issue Rezende told Sputnik Spanish that US decision makers had sought to break the deal since the late 1990s. He bemoaned the fact that Washington succumbed to pressure from then US President George W. Bush.

"Today I am giving formal notice to Russia that the United States of America is withdrawing from this almost 30-year-old treaty," Bush said on December 13, 2001 as quoted by CNN.

The media outlet reported that in response Russian President Putin called upon Washington to create a "new framework of [US-Russian] strategic relationship" and called Bush's decision to abandon the treaty a "mistake." 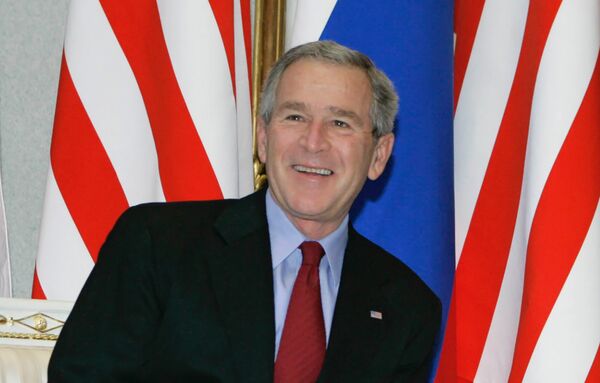 Safety Killed by Washington: 1972 Anti-Ballistic Missile Treaty Between USSR, US
The ABM Treaty was ratified between the US and the USSR in 1972 to limit deployment of missile systems used in defending areas against ballistic missile-delivered nuclear weapons. The treaty was first proposed by US Secretary of Defense Robert McNamara who argued that ballistic missile defense could provoke an arms race.

Remarkably, on April 30, 2001 the influential Brookings Institution warned Bush against the move dubbing potential unilateral withdrawal from the ABM Treaty "a bad idea."

"Coming on the heels of the Senate's rejection of the Comprehensive Test Ban Treaty, the administration's refusal to submit the treaty on the International Criminal Court for Senate consent and Mr. Bush's abandonment of the Kyoto Protocol, unilateral withdrawal from the ABM Treaty would be widely seen as definitive proof that the United States has become a rogue superpower that considers itself above the law," Brookings Institution's experts Ivo Daalder and James M. Lindsay stressed.

Brazilian journalist emphasized that Russia has always pursued a non-provocative defensive strategy in the first place.

"We must admit that Russia's strategy is aimed at boosting its defense," he underscored.

Russia Will Not Be Dragged Into a 'New Arms Race Imposed by US, NATO'
"It is nearly impossible to compare the two countries' [defense] systems. For example, Russia has always preferred the ground-based systems, in contrast to the United States," Rezende pointed out.

For its part, the US has focused on developing the global ABM system with its elements deployed in North America, Europe and Asia.

"The US priority was to develop a missile defense system that would prevent an effective counter-attack," Rezende said, "The problem is that this system is not working and that it has turned out to be much more expensive than it was initially planned."

Furthermore, he noted, the US is still exploiting old B-52 bombers which were built in the 1960s.

Putin 'Sends Two Clear Signals' to Washington
On Thursday, at an expanded Defense Ministry board meeting the Russian President emphasized that Russia is now stronger than any potential aggressor.

"We can say with confidence that we are now stronger than any potential aggressor," Putin said.

Putin's remark prompted an immediate response from the US State Department.

"I don't think in all of human history there has ever been a military as capable and as intelligent, as strong, as well-led, as well-resourced, as the United States military is today," State Department spokesman John Kirby claimed.

Still, there is more to this issue than meets the eye.

"If I understood correctly, Russia's strength cannot be reduced to its modern weaponry; it also rests on the spiritual power of its people," Vietnamese political analyst Nguyen Dat Phat told Sputnik. "Any aggressive adversary will inevitably feel this power."