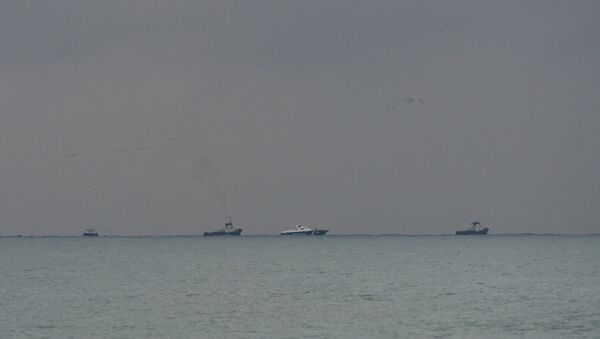 "A body of a person who died in Russia's Defense Ministry's Tu-154 airplane crash has been found 6 km away from Sochi coastline. The body has been lifted on board of the rescue vehicle," Konashenkov said.

Latest Updates on Russian Defense Ministry's Tu-154 Aircraft Crash in Black Sea
Konashenkov said earlier on Sunday that a total of 92 people were on board of Tu-154 that crashed in the Black Sea.

"A criminal case into the Tu-154 crash was initiated, according to Article 351 of the Criminal Code of the Russian Federation, ‘Failure to comply with the rules of flight security and preparation,'" Svetlana Petrenko said.

There were 64 musicians from the choir of the Russian armed forces, the Alexandrov Ensemble, their director, Valery Khalilov, and nine journalists on board of the aircraft en route to Hmeimim airbase in Syria for a New Year concert.