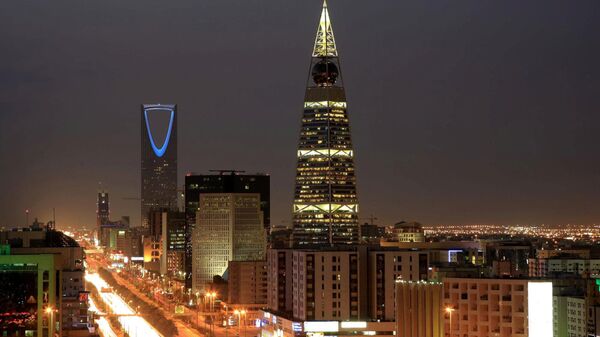 Swiss parliamentarians have raised the alarm over possible foreign influence on the country's mosques and called attention to lack of transparency over their funding.

Speaking to swissinfo.ch, Doris Fiala, member of the National Council and Vice-Chairperson of the Swiss delegation to the PACE, pointed out that it would be "naïve to say there is no problem with the financing of Swiss mosques."

"We have no clue who is financing what. We don't know what money is coming in. There is no transparency," she underscored.

Deadly Berlin Attack No Reason to Close European Borders For Migrants - Juncker
For her part, Saida Keller-Messahli, the president of the Forum for a Progressive Islam, told the Neue Zürcher Zeitung that "huge sums of money" flow to Switzerland from Saudi Arabia, the United Arab Emirates, Qatar, Kuwait and Turkey.

Keller-Messahli claimed that one of those sponsors, the Saudi-based Muslim World League is spreading Wahhabi or Salafist views among European Muslims.

According to swissinfo.ch, the concerns were prompted by incidents in Winterthur and Geneva mosques.

The media outlet noted that in early November the umbrella association of Islamic organizations in Zurich (VIOZ) suspended the An'Nur mosque in Winterthur, after its imam was reportedly inciting violence.

Following the Paris attack in November 2015 the Tribune de Geneve wrote that French police searched the homes of two French imams who worked at the Geneva mosque. The mosque is managed by the Islamic Cultural Foundation of Geneva, reportedly sponsored by Saudi donors.

"Increasingly, voices have been raised against Saudi Arabia and the spreading of Wahhabi fundamentalism through the Saudi-run Great mosque of Brussels and the Centre Islamique de Belgique (CIB) of Molenbeek, where many young criminals were recruited for making the trip to Syria," Vereycken told Sputnik.

Unspoken Story of Europe's Islamization: Who's Behind the Terror Upsurge?
The French journalist insisted that the European leadership should take certain measures to mitigate the threat of radicalization of Muslim youths in the EU.

"First of all, the decades long evil role of Saudi Arabia and Qatar in spreading the Wahhabi and Salafist ideologies and the financing of terrorist organizations, on which the Belgian, as well as the US, the British, and the French governments have closed eyes, should be unveiled and 'uprooted,'" he noted.

Swissinfo.ch quoted Andreas Tunger-Zanetti, coordinator of the Center for Research on Religion at Lucerne University, who believes that the problem is largely exaggerated.

Tunger-Zanetti pointed out that an "average Swiss mosque" has a list at the entrance with the names of its sponsors and the amount of money they donated.

"When I look at how these mosques are working… I don't see Arab money," he told the media outlet adding that the incidents in Geneva and Winterthur mosques deserve attention and it is important to find out what went wrong.

Daesh's 'Roots': How Saudis Use Extremists to Subdue Their Rivals
However, the media outlet highlighted that there is virtually no statistics on Swiss mosques' funding.

The Swiss government has no data on Muslims organizations' sources of funding and it prompts growing concerns among Swiss lawmakers.

"In Switzerland the freedoms of association, conscience and religion are held up as fundamental rights. Small associations with no economic goals are not required to be listed in the commercial register and declare their financial status," the media outlet explained.