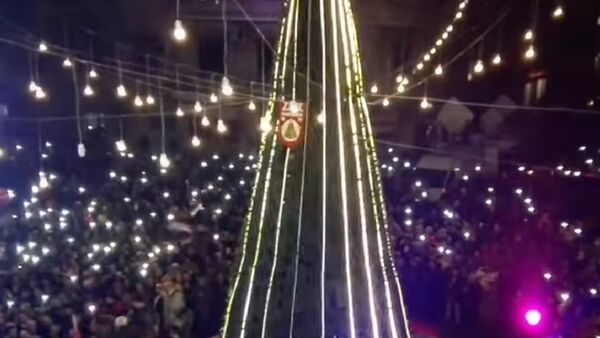 © Photo : Youtube/Eyad Al-Hosain
Subscribe
International
India
Africa
Pierre Le Corf, founder of the NGO “WeAreSuperheroes” is the only Frenchman who has been living in the west of Aleppo for several months. He spoke with Sputnik in an interview about how Aleppo is preparing to celebrate Christmas and showed 1200 gifts intended for children.

Russia's Goal in Aleppo Was 'Preventing Casualties Among Civilians'
“There is a bit of everything. For example, board games, toy cars for kids, superman figures with candy inside. There are balls, dolls and small gears for soap bubbles. All these little dolls are for girls, so are the skipping ropes, machines for soap bubbles, etc.,” Le Corf said.

He further said that together with his team they worked to collect different gifts not only for Christmas but also to make contact with people, especially with children. 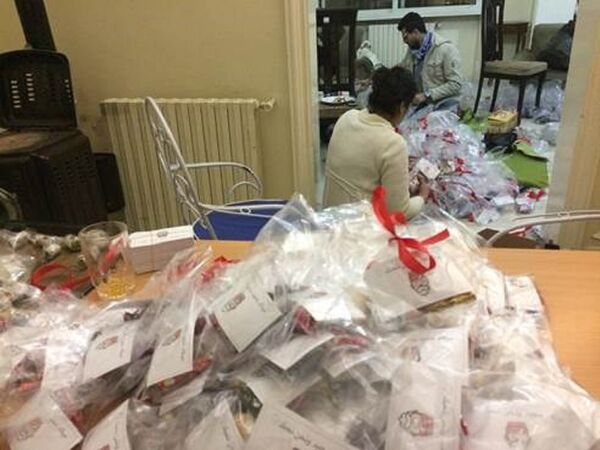 Inside each small plastic bag containing the gifts there is a postcard attached. The postcards are in Arabic but there is an English version too.

“It’s a beautiful day and soon a new year full of promises, Inshallah, of peace, reconciliation, and reconstruction. Remember that you’re stronger than this war through hope and imagination. Every day is a new day full of lessons, sometimes hard but it makes you stronger. You are a super hero in your own way, because you are who you are, a unique person with your own story, experiences and impact on people around you. These last years were difficult in Aleppo, some of you have lost their dreams, their trust, their self-confidence, family members or friends … but never give up, never stop believing in yourself, never stop being who you really are and whatever happens, don’t forget to live, to smile. It’s not always easy, for sure, but we believe in you. Merry Christmas and we love you,” the card reads. 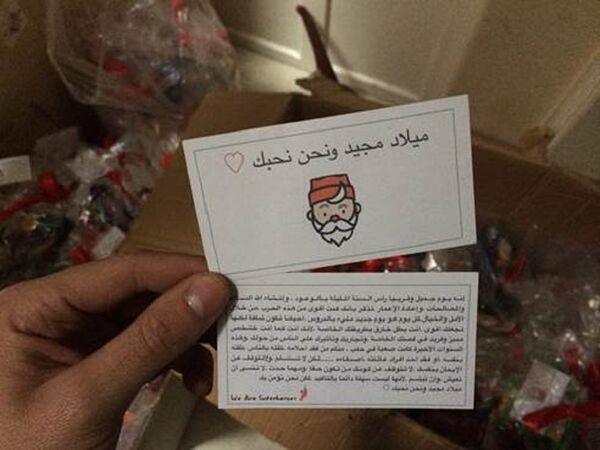 Le Corf told Sputnik that everyone is involved in the program in their own way. People are actually going out onto the streets more often and are gathering together near the Christmas trees.

According to the founder that is surprising because a bomb was placed underneath it and there was a blast.

“The bomb exploded on the pavement without damaging anything so the war still goes on, it is not yet over. People came out onto the streets with some family members going to the park. It is strange to see so many people on the street, whereas before people were afraid to go out at a certain time due to missile attacks,” Le Corf said.

Aleppo Liberation: French Became 'Victims of Misinformation About Russia, Syria'
It's a blessing that people can almost feel secure, knowing that all is not quite over but people are really happy. There is a feeling that a new life is beginning, a new page is opening.

The founder of the NGO recalling his stay in Aleppo said that the churches are located next to the mosques and there is no difference between people.

“There is no difference between the people from the eastern part either. For some it is more difficult to ‘accept’ life in the West because naturally they are discovering a new life. I have met with many of those who are now living on the streets and they are celebrating with them. I mean if you are Christian or Muslim — there is no difference between people. I was really surprised by that because even in France that is not so.”

Talking about the general outlook of the Syrian people, the strongest message would be that they do not hold evil against anyone. “In recent months, in recent years there has been a lot of anger because every day people are getting shot by the terrorists, people are dying, children and families.

“Now people are ready to turn over the page because they know that they are all together in this liberation,” Le Corf said.

Syrian government forces have been fighting against multiple opposition and terrorist groups, including Daesh and Jabhat Fatah al Sham, formerly known as Jabhat al-Nusra, or Nusra Front. The Syrian civil war has been ongoing since 2011 and has claimed hundreds of thousands of lives, displacing millions of people.