Putin Hopes to Establish Constructive Ties With New US Administration 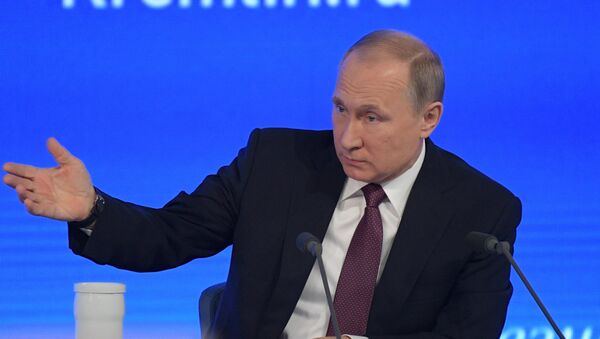 Russia’s President Vladimir Putin confirmed his willingness to establish a constructive relationship with US under President-elect Donald Trump and his administration.

Kremlin Hopeful of Constructive US Approach to Russia Under Trump - Spokesman
MOSCOW (Sputnik) — Russia’s President Vladimir Putin said Friday he wanted to establish a constructive, businesslike relationship with US President-elect Donald Trump and his administration.

"I would like us to have businesslike constructive relations with the recently-elected president as well as future leaders of the Democratic Party for the benefit of both the United States and Russia and their people," Putin said at the annual news conference.