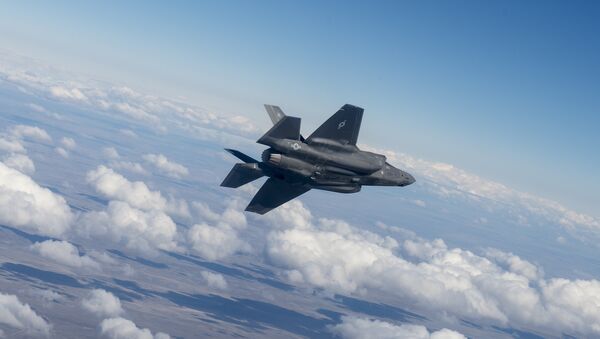 © Flickr / Airman Magazine
Subscribe
International
India
Africa
The United States may deploy its fifth-generation F-35A fighters to Europe as early as in summer 2017 after they were cleared for active combat, according to Air Force Secretary Deborah Lee James.

MOSCOW (Sputnik) — The jets were declared "combat capable" by the US Air Force in early August.

"Now that the F-35 has been declared combat capable, we will deploy our newest fighter to Europe in the not too distant future," James said at the Atlantic Council meeting, as quoted by the Defense News website on Thursday.

The Air Force official said she "wouldn’t at all be surprised" if F-35 multirole jets made an appearance in Europe "perhaps next summer," although she did not specify what countries they would be deployed to.

US President-elect Donald Trump criticized out of control costs for Lockheed Martin’s F-35 Lightning II Joint Strike program on Thursday, after previously calling it a disaster. The F-35 is more than seven years behind schedule and is expected to cost $1.5 trillion during the program’s lifespan, making it the most expensive weapons system ever.