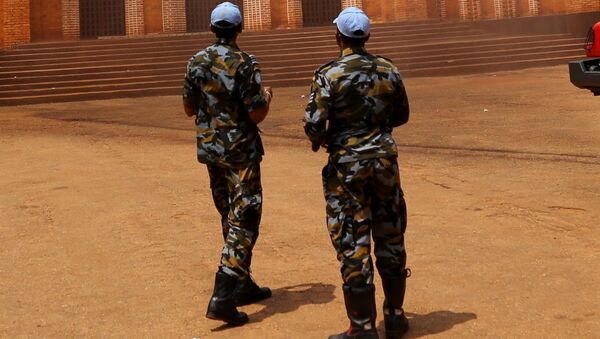 The recently formed Return, Reclamation, Rehabilitation group (3R) in the Central African Republic is devastating the already unstable western part of the country, forcing tens of thousands of civilians from their homes, a spokesperson at the UN Office for the Coordination of Humanitarian Affairs said Friday.

MOSCOW (Sputnik) — According to a report released by the Human Rights Watch on Tuesday, the 3R group emerged in late 2015 in order to help protect the minority Puehl population from attacks by Christian militias. The human rights group also claims that 3R has hundreds of fighters, who control territory near the border of Cameroon.

"Approximately 15,000 fled [from Koui in Ouham Pende] to the neighbouring town of Bocaranga and another 15,000 have not been identified yet… they sought refuge in the bush and along the axis leading to Bocaranga," Yaye Nabo Sene told the Al Jazeera broadcaster.

Overall, about 70,000 civilians have been displaced throughout the country due to hostilities since September, Sene added.