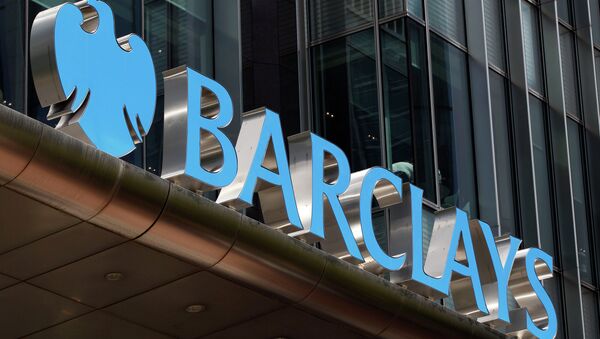 © AP Photo
Subscribe
Barclays Bank and several affiliates are being sued for selling $31 billion of subprime mortgage securities that were backed by defective loans, the US Department of Justice announced in a press release.

Barclays to Sell Retail Banking Business in France to AnaCap
WASHINGTON (Sputnik) — The government’s complaint alleges that Barclays sold investors securities backed by home mortgages that the bank knew were likely fail, while telling investors that the mortgages were sound, the release explained.

"From 2005 to 2007, Barclays personnel repeatedly misrepresented the characteristics of the loans backing securities they sold to investors throughout the world, who incurred billions of dollars in losses as a result of the fraudulent scheme," the release stated on Thursday.

Sales of mortgage backed securities by major US banks were blamed for triggering the so-called Great Recession, in which hundreds of banks failed, more than 2 million businesses closed, mortgages of millions of homeowners were foreclosed.