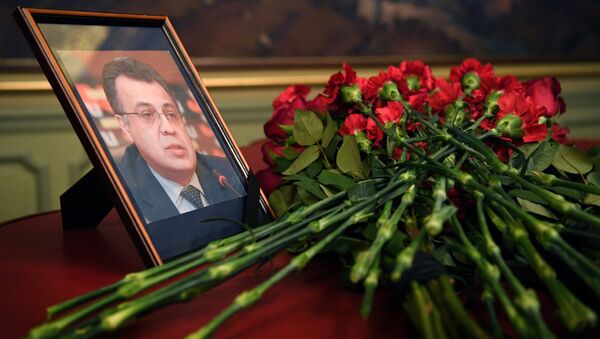 Russian Ambassador Karlov's Murder is a 'Desperate Move by Agonizing Terrorists'
ANKARA (Sputnik) — Earlier in the day, a farewell ceremony was held in commemoration of the slain Russian ambassador, later he was buried in Moscow.

"The Turkish prime minister will arrive at our embassy to leave a note in the book of condolences," Kasimova told RIA Novosti.

Karlov was shot at the opening of an art gallery exhibition opening by Turkish off-duty police officer Mevlut Mert Altintas on Monday. Three more people were also injured in the shooting. The Russian Foreign Ministry said it considered the attack a terrorist act.