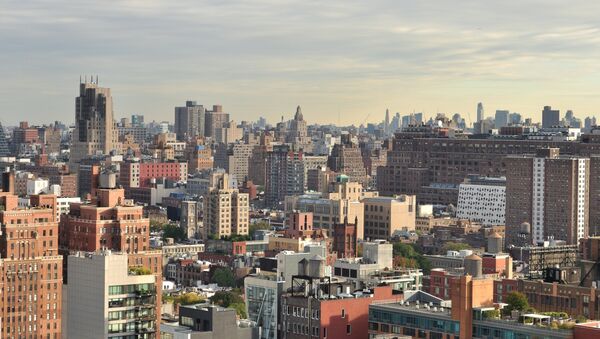 © Flickr / 6SN7
Subscribe
Two low-flying military helicopters and an airplane unnerved New Yorkers last week by flying in circles over Manhattan. It turns out, the aircraft were part of an “emergency relocation” drill, in the event that President-elect Donald Trump needs to be extracted from the city.

Many New Yorkers reported being startled as a C-130 search-and-rescue aircraft, which has a 130-foot-wingspan, and two HH-60 Pave Hawk helicopters entered the “no fly” area of Manhattan for approximately 40 minutes without no explanation.

DNAInfo reported that the aircraft were aiming to “identify locations, primarily in Central Park, where a chopper could touch down near Trump's home inside Trump Tower on Fifth Avenue and 56th Street, and safely evacuate Trump and others from the city.”

“It was the military doing their homework,” an unnamed source told the website.

Another source said that “they were making plans how to remove him, mapping plans and strategizing.”

According to sources, in an emergency requiring the evacuation of the President, he would be taken north to Central Park by the Secret Service, and then a helicopter would transport him to Washington DC, or a secret site in Virginia or West Virginia.

While the drill is understandably necessary, many residents and law enforcement were unhappy that no notice or explanation was given while the drill was taking place.

“They should have told people they were doing recon, and going to fly at low altitudes, instead of keeping it a secret,” a law enforcement source told DNAInfo. “People were scared, and rightly so."