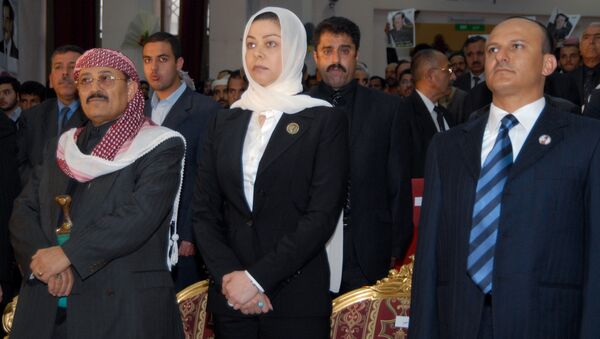 US President-elect Donald Trump has a political sensibility that is different than his predecessors, and he has exposed mistakes made by past presidents, especially regarding Iraq, the daughter of deposed Iraqi President Saddam Hussein, Raghad Hussein, said in an interview on Thursday.

WASHINGTON (Sputnik) — Trump repeatedly said during the 2016 presidential election that he opposed the war of Iraq, despite a 2002 audio clip where he said he supported the invasion.

"From what is apparent, this man has a high level of political sensibility that is vastly different than the one who preceded him," Hussein told CNN. "He exposed the mistakes of the others, specifically in terms of Iraq, which means he is very aware of the mistakes made in Iraq and what happened to my father."

In July, Trump praised Hussein for "killing terrorists" while maintaining the former president was a "bad guy."

Raghad Hussein has lived in Jordan since US forces invaded Iraq in 2003.