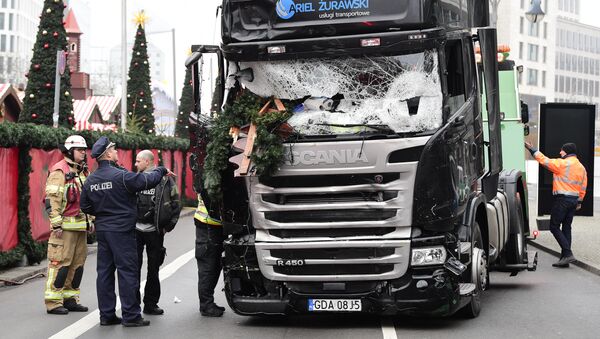 “Germany works with all of its partners within the EU, the US and Russia in a strong collaboration. In light of the new terrorist attacks we will improve our security strategy and coordination with our strategic partners to guarantee an appropriate response to terrorism,” Albert Weiler said.

Since Muammar Gaddafi was killed by terrorists in Libya after the uprising there amid the so-called Arab Spring upheavals, there has been an incredible surge of refugees coming in from Africa and the Middle East.

This has dramatically increased the possibility of terrorist attacks in Europe, which seems to be unable to prevent such attacks.

Germany's New Counter-Terrorism Plan: Burqa Ban, More Police and Surveillance
Albert Weiler said that almost every planned terrorist attack has been averted by European security authorities which are “well connected” with the United States, Russia, China and other countries.

“As a result of this efficient cooperation, and judging from the number of prevented terrorist attacks, Germany is [at the forefront of the European countries fight against the terrorist threat],” he noted.

The German Federal Intelligence Service (BND) is extremely powerful in many regards, but while many security companies claim they have prevented many terrorist attacks, there is no proof of this except for the words of these intelligence agencies.

At the same time, the November 2015 attacks in Paris, the tragic events in Nice earlier this year and a series of terrorist attack on trains in France and Belgium have all taken place.

This year has been a complete disaster in terms of security cooperation between European intelligence agencies. When asked whether this lack of coordination would continue, Albert Weiler said that the recent tragedy in Berlin closely resembled what happened in Nice, because in both cases the terrorists used trucks, not conventional weapons, to kill their victims.

This means that Islamist terrorists may have changed their tactics.

“Lorries have systematically been used by them as a weapon. We have responded as well as possible to the new security challenges, but we can’t prohibit the use of lorries. We have to be aware of the fact that objects can be used as weapons."

"It is important to understand that security forces must be enabled to break down the structures of [Daesh] and destroy them. The only way to succeed is getting knowledge of planned terrorist attacks before the offense is committed,” Albert Weiler concluded.

Berlin Christmas Market Reopens After Deadly Truck Attack (VIDEO)
On Monday, a truck rammed into the crowd at a Berlin Christmas market on Breitscheidplatz square, killing 12 people and injuring 48. The incident has not yet been confirmed as a terror attack, however police have indicated that it is a high possibility.

The newspaper Bild later published a photo of the alleged suspect.

He is believed to be a 23-year old Tunisian applicant for refugee status whose identity documents were found under the driver’s seat in the truck.

Later the media added that earlier in July the court ordered to deport the suspect, but the ruling was never implemented despite numerous efforts.