It's Time for US, Russia to Team Up to Fight Extremists in Middle East 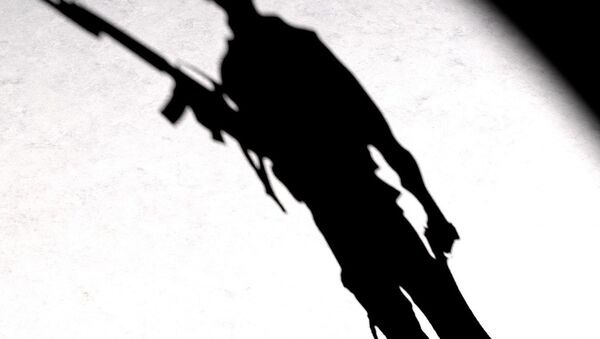 The world is about to witness the creation of a new Moscow-Ankara-Tehran Axis which can accelerate the resolution of the Syrian conflict, Serbian expert Vladimir Ajzenhamer told Sputnik, adding that it's time for the US to team up with Russia to eliminate the threat of terrorism in Syria and Iraq.

The murder of the Russian Ambassador to Turkey has signaled that it's time for global powers to join forces to fight terrorism in Syria and Iraq, Vladimir Ajzenhamer, an expert in Middle Eastern affairs at the Faculty of Security Studies of the University of Belgrade, told Sputnik Serbian.

World
'Horrendous Terror Act': Who Was Behind the Murder of a Key Russian Diplomat
According to Ajzenhamer, a new Axis uniting the efforts of Moscow, Tehran and Ankara could play the decisive role in this effort.

"If we put the murder of Andrey Karlov in the context of events taking place in Europe and the Middle East, it will become clear that it is meaningless to assume that anyone has a more privileged position in terms of security," the Serbian academic told Sputnik.

"But the blame for what has happened in Ankara lies not only with Turkey – we are facing a maelstrom of chaos engulfing many countries and people. The terror attacks in Berlin and Zurich which occurred on the very same day has proven this," Ajzenhamer emphasized.

On Monday at least 12 people were killed and 49 others injured when a truck plowed into a Christmas Market at Breitscheidplatz in Berlin. A 23-year-old Pakistani man that was arrested following the attack was released Tuesday due to lack of evidence.

World
Russia, Turkey Work on 'Constructive Atmosphere' for Syria Talks Despite Murder
Nearly simultaneously, three people were injured during a shooting in a Muslim Prayer Center in the Swiss city of Zurich. The city's police and prosecutor’s office confirmed Tuesday that a man who opened fire in the Islamic center was found dead near the site of shooting.

In light of this, cooperation between Russia and Turkey, in particular within the framework of the Moscow-Ankara-Tehran Axis, is especially important, Ajzenhamer believes.

"We are on the verge of creating a new Axis which, perhaps, will change the situation in the Middle East and contribute to a more rapid resolution of the conflict. The Geneva talks, which have lasted for several years, have not brought any tangible results," the Serbian expert highlighted.

"The creation of the Moscow-Ankara-Tehran Axis and moving [the Syria] talks to Astana [the capital of Kazakhstan] would stimulate the US and EU to become more actively involved in the process," Ajzenhamer suggested, adding that otherwise Washington and its European allies risk losing their leading role and failing to become "part of the solution."

Modern Terrorists' Extreme Cruelty Separates Them From 70s-Era 'Romantics'
Commenting on speculation that the three attacks could have been somehow connected or even coordinated, the Serbian expert underscored that it is too early to jump to conclusions.

However, one thing is obvious, according to the expert: the root of all evil is the turmoil simmering in Syria and Iraq.

"It is too early to say whether the three attacks were coordinated, or they coincided accidentally, but it is clear that the conflict in Syria and Iraq is the major source [of the problem]," Ajzenhamer stressed.

According to the academic, the tragic incidents send an important signal to the international community: neither Turkey nor Europe is safe from terror attacks.

"It is time for two leading powers – Russia and the US – to combine efforts to fight terrorism," he believes.

"If there is something that can unite them [Russia and the US] it is this kind of threat [we have recently faced]," the expert noted.

The murder of the Russian Ambassador to Turkey is an unprecedented incident in the modern history, according to the expert.

"Today we offer our condolences to the family and loved ones of Russian Ambassador to Turkey Andrey Karlov, who was assassinated by a radical Islamic terrorist. The murder of an ambassador is a violation of all rules of civilized order and must be universally condemned," Trump said in an official statement Monday.

Ajzenhamer warned that the Middle Eastern conflict is going global and that the US faces the same threat as Europe.