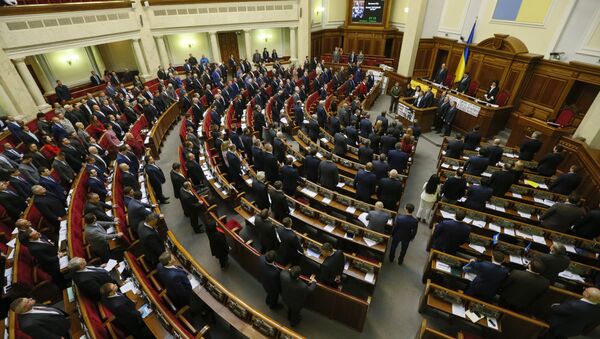 AfD Official: Too Early to Abolish Visas Between EU, 'Unstable' Ukraine, Georgia
KIEV (Sputnik) — The budget was approved with 274 out of 450 votes in favor, with a minimum threshold of 226 votes.

The first reading of the draft was held on Tuesday. The Ukrainian government based the budget on a 8.1 percent inflation forecast. The country's President Petro Poroshenko insisted on a $5.1 billion defense budget, coming to 5 percent GDP, up from $4.3 billion.

This year's budget was approved in December 2015 and had a deficit of 3.7 percent GDP with an inflation rate of 12 percent.