Iranian Official Calls for Attention to Ceasefire Violations in Syria 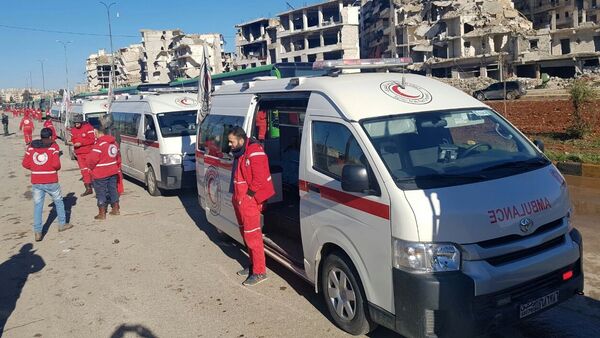 © Sputnik / Mikhail Alayeddin
/
Go to the photo bank
Subscribe
Secretary of Iran's Supreme National Security Council (SNSC)Ali Shamkhani has called on world powers to "harshly respond" to actors that are trying to hamper the evacuation of civilians from Syria's Aleppo.

MOSCOW (Sputnik) — The international community should react to the blatant violation of the Aleppo evacuation agreement and take action to prepare assistance to civilians besieged in Aleppo and the surrounding areas, Shamkhani said in a statement.

"The ground should be prepared rapidly for the wounded and the elderly to leave Fua'a and Kafraya regions (in Idlib) and the international community should harshly respond and react to any group that rock the boat," Shamkhani said on Wednesday, as quoted by Iran's Fars News (FNA).

According to the news agency, Shamkhani stressed that continued efforts to evacuate Syrian civilians can be made with immediate action against Daesh terrorist group.

UN Lacks Precise Data on Number of Observers in Eastern Aleppo
"Instead of partial resolutions and statements, serious resolve is needed to block shipment of weapons, forces and financial aid to (the terrorists) in Syria" Shamkhani said.