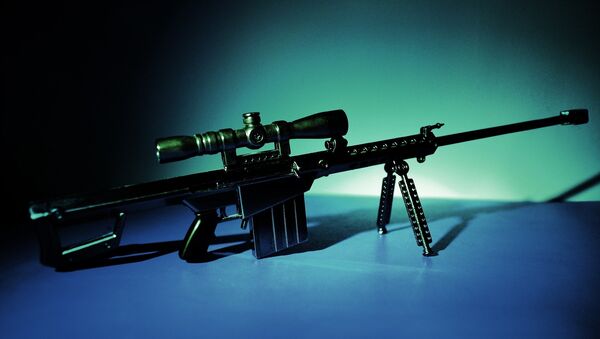 © Photo : Pixabay
Subscribe
Following two years of terror attacks in Europe, EU Member States have finally reached an agreement to boost gun control laws to try and stop extremists from tracking them down.

The European Parliament and Council have agreed provisionally on a new Firearms Directive which includes banning converting automatic firearms into semi-automatic rifles as EU countries call for better regulation of deactivated weapons and the proliferation of gun sales online and how member states can better share information.

​The Commission had proposed a total ban on dangerous semi-automatic guns, including AK47 or AR15 firearms and a ban on people collecting assault weapons privately — but these proposals have not been supported by the Parliament or the Council, which the Commission said it "regretted."

A proposed limit on gun magazine rounds for all semi-automatic rifles has also been overlooked.

Europe's gun laws have been in place since 1991, however a debate on tightening those gun laws has been rumbling since terrorists attacked Paris in November 2015, shooting dead 130 people.

"Firearms: Agreement on Commission proposal to increase citizens' security"
This is not an "agreement" #EUgunban https://t.co/EjptYHREpH

​Replica or deactivated guns, used to shoot blanks are to be regulated under plans to place limits on "alarm and acoustic weapons" after ministers argued that weapons like these could be converted into a working firearm and used to shoot people.

"We have fought hard for an ambitious deal that reduces the risk of shootings in schools, summer camps or terrorist attacks with legally held firearms," EC President Jean-Claude Juncker said.

"Of course we would be liked to go further, but I am confident that the current agreement represents a milestone in gun control in the EU."

The increasing number of mass shootings and terrorist attacks across Europe in the past couple of years has pulled the EU's gun laws into sharp focus, with a revision first proposed in November 2015.

Dr. An Vranckx, researcher with Group for Research and Information on Peace and Security (Grip) told Sputnik that the European Union is "cleaning up its act."

"We see more would be jihadists using unreliable guns, which have formally been deactivated and tampered with over fully functioning assault rifles, which is an indication that they have less and less access to fully functioning guns," Dr. An Vranckx told Sputnik.

"This is a really significant indication that the EU gun market is gradually cleaning up its act."

Dr. An Vranckx says it is not possible for EU lawmakers to regulate an illegal gun market, but what they can do is try and prevent legal guns from entering the uncontrolled black market.

"What they seek to do is to make it more difficult for guns on the legal circuit to be available on the black market," Dr. An Vranckx told Sputnik.

000000
Popular comments
Global tyranny effort continues. Civilians under attack have their defense options restricted and "immigration" flows and cultural replacement continue at unsustainable rate. Makes no sense unless the purpose is to control and enslave the population.
jas
21 December 2016, 18:52 GMT
000000
The nanny state is still at it, huh ? Look, most swiss households have a rifle at home and NO problem because the right kind of people live in Switzerland.