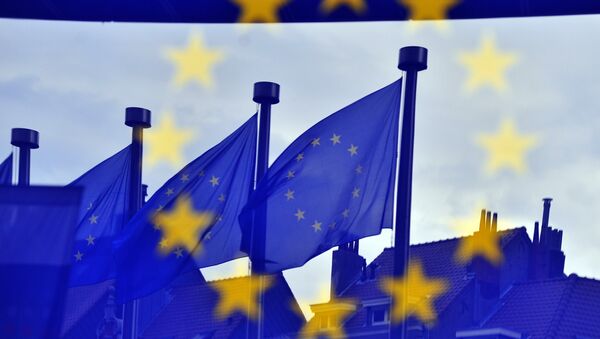 'Int'l Terrorism, Not Russia, is the Biggest Threat to NATO and the EU'
MOSCOW (Sputnik) – The European Commission adopted stronger rules to fight terrorism and organized crimes financing, bringing the bloc closer to an effective EU Security Union, commission said in a press release on Wednesday.

"Today, the European Commission has adopted a package of measures to strengthen the EU's capacity to fight the financing of terrorism and organised crime, delivering on the commitments made in the Action Plan against terrorist financing from February 2016. The proposals being presented by the Commission will complete and reinforce the EU's legal framework in the areas of money laundering, illicit cash flows and the freezing and confiscation of assets," the press release said.

The commission adopted, in particular, a number of directives and regulations on ensuring the criminalization of money laundering, putting tighter controls on large cash flows, freezing terrorists' financial resources and confiscating their assets.

"Detecting suspicious financial flows and cutting off the sources of financing is one of the most effective ways to stop potential terrorist attacks and criminal activities. The tracking of financial flows can also provide police and law enforcement authorities with crucial information and effective tools for their investigations," the press release said.

The European Agenda on Security, laying ground for the EU Security Union, was adopted by the European Commission in April 2015, and the Action Plan against terrorist financing was adopted in February 2016. Both initiatives stressed the need to address terrorist financing in a comprehensive and efficient manner. In August, EU Commission President Jean-Claude Juncker issued creation of a specific Commissioner portfolio for the Security Union, stepping up response to terrorist threat.