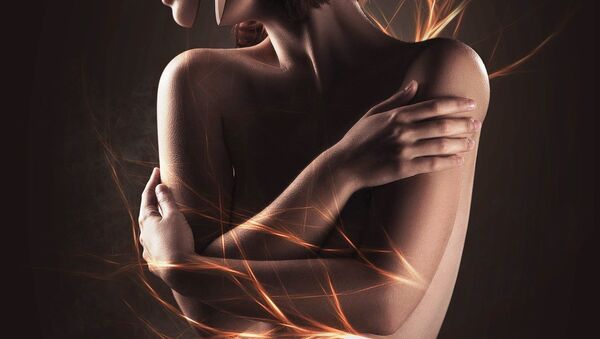 Robotics and computer-human interaction is nothing new, and according to a panel of academics who gathered at a two-day conference in London, the technology will eventually advance to levels where human-robot marriages could even become a preferred possibility.

At the second International Congress on Love and Sex with Robots held at Goldsmiths University in London, the possibility of people being able to tailor a "sex robot" to such an extent that they could be made to look, smell and even feel like their perfect vision of a partner is, according to some experts, an option that could be available in the not-too-distant future.

"Someone could order a robot that looks like their ex-partner or even like their favorite celebrity if they wished. Who knows the level of personalization that could be possible. So the question of wishing to also marry their perfect creation may not be as far-fetched in the future as it may sound now," Dr. David Levy, a leading author and expert in computer-human interaction told the conference on December 19.

In his book, 'Love and Sex with Robots,' Dr. Levy very much welcomes the revolution of sex robot technology as he feels that it will make the world a happier place.

Lonely and bereaved individuals could benefit, according to Dr. Levy, as would those at risk of being social misfits or the commonly isolated men who, for whatever reason, become incapable of developing traditional human relationships.

#LSR16 people do get attached to objects & technology- what is the place of touch here? Are there therapeutic benefits? pic.twitter.com/wp8ICG150V

And men are the dominant consumers of this developing market for human replicas, according to the speakers at the conference.

"Robots are like passive inanimate objects and they could also bring a therapeutic quality for both men or women. Deep-rooted anxieties exist in society where more and more humans feel disconnected from each other and so maybe our relationship with technology could either widen the gap or teach us the importance of getting closer," said Dr. Genevieve Liveley, a lecturer specializing in cyborg genealogy from Bristol University.

Event organizer Dr. Kate Devlin, who is a senior lecturer in computing at Goldsmiths University, has previously written about sex robots being used to help sex offenders.

"We need to really understand the ethics and therapeutic uses of sex with robots and I feel we could be heading towards some kind of transhuman era as the whole sex tech industry advances at the pace it is," Dr. Devlin told Sputnik at the conference.

"A lot of the technology currently being created is by men and for men. An area that requires a little more research is the market for sex toys as that is more evenly split between both men and women. It is my hope that the sex robot of the future will not resemble humans and instead be created as almost unique separate beings. This would save the issue of them being objectified as replacements for women," she said.

Dr. Kathleen Richardson, an academic and director of The Campaign Against Sex Robots, although not present at the conference herself, was referenced for her well-known stance of citing an ethical link between the development of artificial intelligence (AI) sex-bot technology and the prostitution of human beings.

The development of life-like female sex robots simply reinforces a broader society narrative where women are seen as a commodity or a product that can be used, she told Sputnik at another conference recently.

Emma Yann Zhang, a computer science PHD student at City University in London presented a digital project at the London conference that she and her team have developed.

It is a real-time kissing application called 'Kissenger' and rather than solely being intended as a sexual tool, it is more of a way to revolutionize social relationships and communication. It could also be implemented into a sex robot for enhanced sensory features.

"It is designed for couples and families who may be far from each other to be able to send each other a kiss, as a direct expression of love and affection. The app connects to a device which when kissed exerts exactly the same pressure sensation on the receiving side of the other person.

"It is like a technological extension of our senses and in the future we could even add further sensory variables such as smells and textures," Zhang told Sputnik.

Professor Carey Jewitt from UCL in London was an academic attending the conference as part of a research project she is involved with, and at the end of the first day she told Sputnik:

"The conference for me has highlighted both the dystopian fears as well as utopian fantasies around human-machine relationships. In the future I feel this will very much teach us all much about ourselves as human beings and the many anxieties associated with modern life."

"We have as much in common with cyborgs as we do with primates. Some may say that as humans in the modern world, we are in fact becoming more like robots every day," Dr. Genevieve Liveley from Bristol University concluded at the conference.