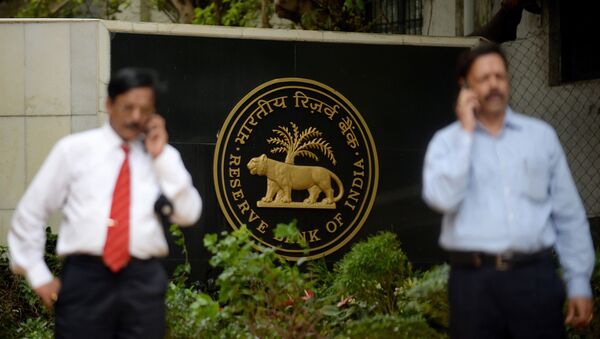 © AFP 2022 / PUNIT PARANJPE
Subscribe
India has overtaken its erstwhile colonial master in economic growth and is also expected to widen the gap. India is estimated to grow at six to eight per cent per year compared to UK's expected growth of one to two per cent until 2020.

New Delhi Hosts India Economic Summit to Engage Global Financial Community
New Delhi (Sputnik) – Rapid growth over the last quarter century and a decline in value of the British pound in the wake of the Brexit vote has contributed to India overtaking the United Kingdom's economy in gross domestic product (GDP) terms.