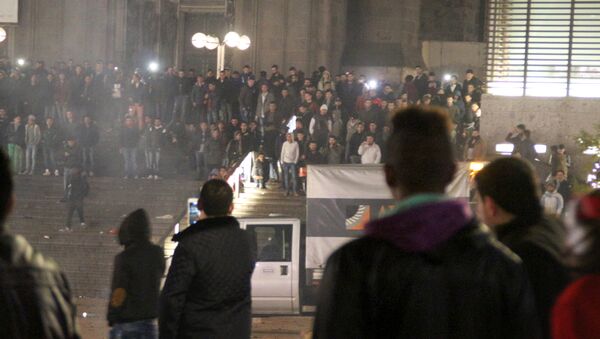 On Monday, a terrorist intentionally rammed a truck into a Christmas market in Berlin, killing at least a dozen people and injuring 48 more. In a timely piece on the issue of migrant crime in Germany, political observer Dmitri Dobrov noted that the problem is reaching a boiling point, even if politicians, police and the media continue to ignore it.

Monday's deadly attack in central Berlin was committed by Naved B, a 23-year-old Pakistani refugee registered at a camp in Berlin's closed Tempelhof Airport.

Deadly Berlin Market Attack Should be Considered Act of Terrorism - Merkel
The Christmas market attack will be sure to again raise public concerns over the German government's decision to take in hundreds of thousands of refugees starting in 2015, when Chancellor Angela Merkel introduced what amounted to an open door policy for all migrants seeking to enter the country.

Over a million people from North Africa, Syria and other third world countries arrived in Germany in 2015, many of them young, able-bodied men, soon resulting in an a social and cultural backlash as many migrants clashed with locals. The crisis has resulted in the political rise of right-wing nationalists, who are saying that the incoming foreigners pose a threat to Germany's national identity.

According to statistics kept by the Federal Criminal Police Office, the last two years have seen a dramatic increase in the number of crimes committed by foreigners, and especially by undocumented immigrants. In 2015 alone, migrants committed over 200,000 offenses, 80% more than in the previous year.

However, according to numerous experts and criminologists, the real figures are likely even worse, since police statistics only account for cases that are reported, which in Germany averages less than 50%.

And it gets worse. According to political commentator and Germany expert Dmitri Dobrov, the reality is that "many crimes are deliberately ignored, since there is a political directive not to publicize crimes committed by refugees, so as not to stir up anti-immigrant sentiment."

Rise of Xenophobia in Europe Caused by Loss of Cultural Identity - Experts
In a recent article for Russia's RIA Novosti news agency, published just hours prior to the Berlin attack, Dobrov explained that the directive, handed down by politicians and enforced by police and the mainstream media, includes both 'minor' crimes like theft and forgery, "but also over 36,000 serious crimes, including attacks causing bodily harm, robbery, and extortion. German police received over 1,500 reports of attempted rape – which according to criminologists is just a fraction of the true scale of this kind of crime."

Earlier this year, Andre Schulz, the head of the Association of Criminal Police, who has criticized the German government for its inaction against the migrant crime wave, said that up to 90% of sexual crimes committed in Germany are not actually reported in official statistics. Even worse, he said, efforts have been made to silence criminal complaints against migrants.

Taking account of last year's data, upwards of 20% of the new arrivals have committed crimes of some kind. That data, Dobrov stressed, didn't even include crime statistics from several states, and did not classify persons coming out of the Maghreb countries as migrants.

In light of these shocking figures, the commentator wrote that "concealing the true extent of the crimes has become the favorite practice of German authorities. The events in Cologne on New Year's Eve 2015 are an illustrative example that has already become part of the history of contemporary Europe. Then, hundreds of young migrants terrorized German women. After several days, the police and media hushed up the incident." The cover-up was so obvious, Dobrov noted, that ex-interior minister Hans-Peter Friedrich called it a "conspiracy of silence." 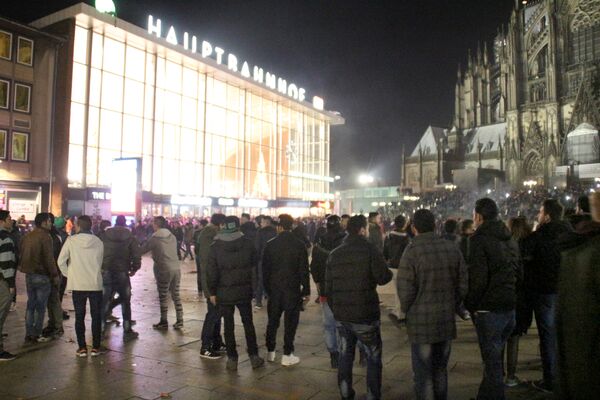 Almost a year later, little seems to have changed, the analyst added. "A wave of indignation exploded on German social networks after the recent refusal by Germany's ARD television channel to convey the news of the crime committed in Freiburg, when a young refugee from Afghanistan raped and drowned a German student – the daughter of major European Commission official."

This is #MariaLadenburger. A German teen raped & murdered by a teenage muslim refugee in #Freiburg pic.twitter.com/aGMOhte0mw

​ARD's editors claimed that the news was a 'minor story' of 'regional interest' not worthy of coverage. "In fact," Dobrov noted, "the editors were simply following the official line so as not to 'provoke xenophobic attitudes'. Chancellor Merkel and Vice-Chancellor Sigmar Gabriel urged against 'premature conclusions' and 'fomenting popular discontent' over the matter."

According to the journalist, the incident in Freiburg "again raised the issue of censorship in the German press, which is officially free, but in fact operates according to a clear set of rules. The main element of censorship in such cases is directive 12.1 of the German Press Code. This paragraph obliges journalists to follow the rules of self-censorship and, specifically, not to report the nationality of the persons suspected of crimes, unless there is a 'very serious reason to do so'. The article is very vague, and impregnated with political correctness which the media brings to the point of absurdity in its editorial policy."

Coincidence? German Stats Show Surge in Sex Crime Rate Around Refugee Centers
Another "shining example" of this self-censorship was demonstrated just this week, Dobrov wrote, when media reported on an incident that took place in October, after a man believed to be of Middle Eastern descent kicked a woman down the stairs in the Berlin subway in what police described as an 'act of random violence'. The woman was seriously injured, and the man, who turned out to be a 27-year-old Bulgarian national, was apprehended over the weekend.

​"There are countless cases of this kind," Dobrov stressed. "Germany's liberal press finds it 'uncomfortable' to specify the nationality and national origin of the perpetrators." Of course, "exceptions are made when it comes to the so-called 'Russian mafia'. All criminals from the former Soviet Union, including the [infamous] Georgian burglars, believed to account for almost half of apartment burglaries in Germany, are marked down [as 'Russian mafia']."

Ultimately, the observer stressed that even when compared to the media in other EU countries, Germany is a "special case" when it comes to liberalism and political correctness. There are historical reasons for this, Dobrov explained.

"After the Second World War, the Western occupation authorities set up an experiment – to completely eradicate Nazism from the German spirit, but at the same time, to do the same with everything associated with German national identity and the conservative tradition," he noted. 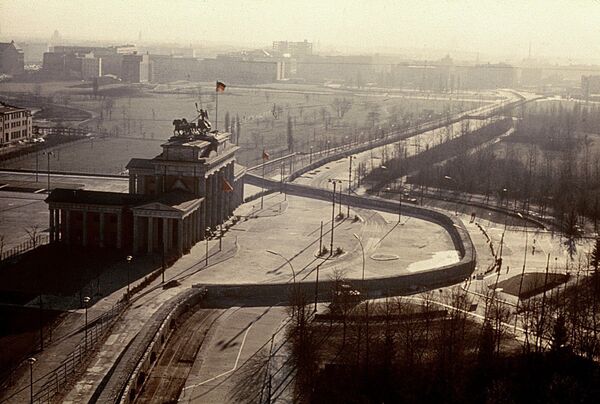 This experiment, "which has largely succeeded," is now bearing is fruit, according to the commentator. "The new political culture of political correctness, hedonism and left liberalism, grafted onto the Germans in the western zones of occupation, has become the norm in Germany. It is noteworthy," Dobrov added, "that in the Soviet zone of occupation (East Germany), the German mentality was not reformatted to the same extent."

Merkel's Attempt to Woo Our Voters is Doomed to Fail, AfD Leader Tells Sputnik
It's for that reason, he noted, that the media dominated by West German political culture now "wonders why 'the ossies' of eastern Germany have retained the 'anachronism' of national identity, and have persisted in their reluctance to accept thousands of migrants from Muslim countries." In this sense, "West Germans and East Germans are in many ways different people in terms of their psychological and ideological characteristics, even if they speak the same language."

Unfortunately, Dobrov emphasized, "the ossies are not the ones who determine the Federal Republic's policy, which against the background of the 'great conservative revolution' now unfolding in Western countries remains the last bastion of liberal and globalist values. But if [economic] globalism can be explained by Germany's interests as the leading export power in the world, the 'stubborn ideological liberalism' is a consequence of a socio-psychological experiment carried out on the defeated Germans after the Second World War," the commentator concluded.