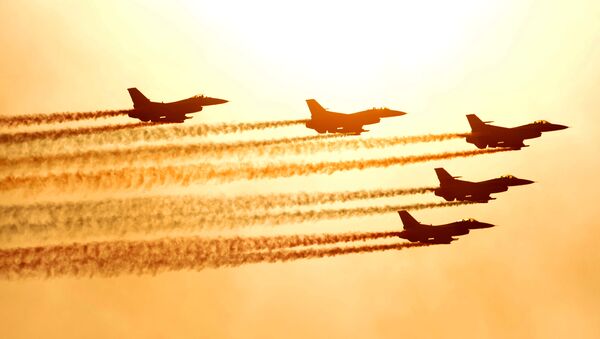 TOKYO (Sputnik) — According to the Yonhap news agency, the F-16 fighter jets will be equipped with the US GBU-31JDAM (Joint Direct Attack Munition) air-to-ground guided bombs capable of hitting underground facilities, and AIM-120 mid-range air-to-air missiles capable of downing aircraft at a range of 50 to 180 kilometers.

North Korea's Military Capabilities are Better Than We Thought, Experts Warn
The F-16 Peace Bridge Upgrade (PBU) project was established in November 2009, when South Korea authorities signed a deal with the US aerospace defense company Lockheed Martin on upgrading its frontline jets. A total of 30 jets have been reportedly  improved since October 2013.

On December 12, North Korea threatened to launch an airstrike on Seoul, after South Korea and the United States conducted their annual aerial exercise, which lasted until December 5 amid escalating tensions on the Korean Peninsula.