Gunman Who Killed Russian Ambassador in Turkey Was a Police Officer 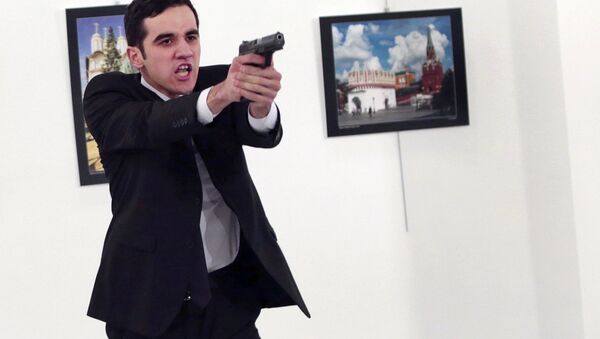 The Turkish police officer who killed Russian Ambassador Andrew Karlov has been identified as Mevlüt Mert Altıntaş of the Ankara Riot police.

Altıntaş, 22, was a graduate of Izmir Police School. He was not on duty when he made the attack at an art gallery on Monday, according to two Turkish Security sources who spoke to Reuters.

Russia's foreign ministry confirmed that the ambassador, Andrew Karlov, had died in the attack. Altıntaş was shot and killed after assassinating Karlov.

Maria Zakharova, the spokeswoman for the Russian Ministry of Foreign Affairs, has announced that they qualify the assassination as a terrorist attack.

"We qualify what happened as a terror attack. We are currently in contact with Turkish authorities who are assuring us that a thorough, comprehensive investigation will be conducted," Zakharova stated.

The Turkish government has now sent special forces to increase security measures near the Russian Embassy.

İbrahim Melih Gökçek, the mayor of Ankara, speculated that Altıntaş may have been a member of a terrorist organization and related to Fethullah Gulen.

Shortly after the attack, the home of Altıntaş was raided by Turkish police, Rudaw English reported. His mother and sister have been detained by police as the search of the house continues.