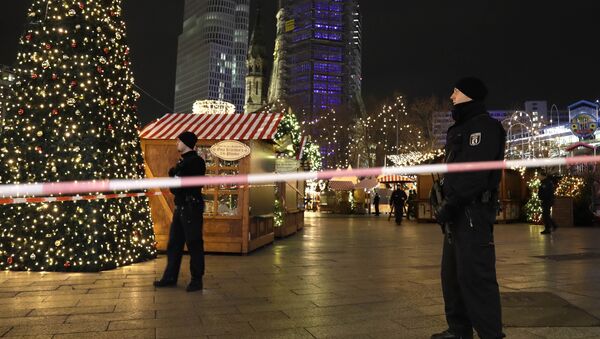 After a terrorist attack on a Berlin Christmas market at the Kaiser Wilhelm Memorial Church left at least twelve dead and 48 people injured, social media erupted in a show of support for the victims, and anger at Chancellor Angela Merkel.

The attack was chillingly similar to the terrorist attack in Nice, France, earlier this year which left 86 people dead.

On social media, users tweeted condolences and sympathies through the hashtag #PrayForBerlin. Facebook also activated their safety check, so users could check in as being safe, for any concerned loved ones to see.

“My country is crying. My heart and thoughts goes out to everyone who has lost their loved ones,” tweeted Melanie Karvits.

Some immediately began urging people to not blame all Muslims for the acts of extremists, an action routinely seen after attacks of this nature.

“People need to quit blaming islam/muslims on any mishap which is happening in this world,” one user tweeted.

Others, expectedly, lashed out over Merkel’s acceptance of so many immigrants, who many perceive as being unable to assimilate into German culture.

Germany has faced a large amount of problems with their refugee population, including violent sexual attacks on New Year’s Eve nearly one year ago. During the horrific evening, 1,310 people reported being robbed or assaulted, 662 of them sexually, with 28 reporting being raped. Nearly a year later, there have been only 18 convictions over the rampage, out of 333 suspects.

Police in Berlin have tweeted, urging people to stay at home and “refrain from spreading rumours.” They also urged people not to share photos or videos from the scene as a means of respecting the privacy of the victims and their families.