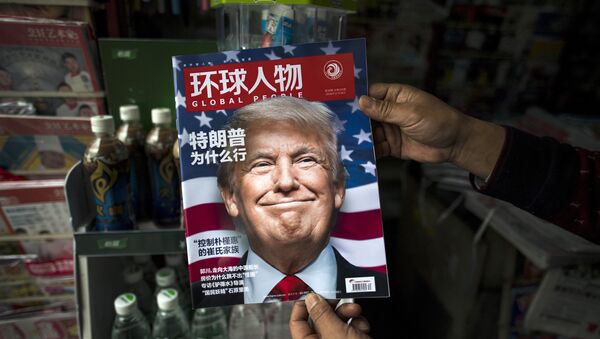 Pepe Escobar
All materials
It's by now crystal clear the coup-in-progress against Donald Trump is a made in USA regime change op using standard hybrid war techniques such as manipulation of public opinion by mainstream media.

Trump's Showdown With the CIA
The coup has been articulated by the usual suspects, from neocons to neoliberalcons, "humanitarian" imperialists included, with a special starring role for their pet agency, the CIA, which during the Bush-Obama continuum further specialized in fake "intelligence".

And yet the whole "Russia hacked our freedoms" narrative was thoroughly debunked by former UK diplomat and close WikiLeaks contributor Craig Murray; he even knows where the leak – not hack – came from.

And "the beef" of course turned into a porterhouse steak with the addition of the FBI as a Russian/WikiLeaks accomplice – via Director James Comey's two letters in the final days of the campaign. All bent on compromising "the integrity of our democracy and the security of our nation."

Democrats in US Congress Call for End of Electoral College to Choose President
Cut to the still ongoing legal "efforts" to turn Trump voters around in the US Electoral College – spearheaded by Democrat apparatchiks and widely applauded by the glittering "liberal" galaxy. If facts on the ground in Syria have smashed the "Assad must go" meme – an Obama creation – at least now they have "Trump must go" to rely on. Who wants (pregnant with history, devastated) Aleppo when you can get Washington D.C.?

The same old "who lost Russia" question still permeates the Beltway. The answer is stark; the deep state-woven Clinton-Bush-Obama continuum did, with their obsession on unlimited, expanded NATO Robocop-ization and regime change ops across the Middle East and beyond, a GWOT (Global War on Terror) plank essential to keep reproducing terror ad infinitum.

And that's exactly that modus operandi that the Trump era may – and the operative concept is "may" – be willing to shatter.

So Russophobia seems to qualify as a psychotic obsession deployed by the neocon/neoliberalcon factions bent on pulling off a regime change on Trump – before or after his inauguration.

'Russian Hackers' and the Coup Against Trump
Now compare it with what might be interpreted as the first symptoms of budding Sinophobia – as deployed by the President-Elect himself.

It started with the famed Taiwan phone call – which I aimed to deconstruct; that's Trump – blissfully unaware of the complexities of the "One China" policy – trying to use Taiwan as a bargaining chip.

Beijing took its time and then reverted the call to send a clear message Sun Tzu-style, without firing a shot – and yet capturing a maritime drone in the process. Trump's response via his by now legendary "unpresidented" tweet clearly shows how he's been wrong-footed.

Shen Dingli, from Fudan University in Shanghai, argues these are the convoluted throes of a dying empire. It may be way more complex. The Trump strategy on China seems to be shaping up as a dual-headed hydra.

Top-5 Facts You Need to Know About US State Sec-to-be Tillerson and Russia
In the ExxonMobil Secretariat of State, under "T-Rex" Tillerson, the emphasis will be on China as a huge market for oil, gas and even clean coal technology. On the Pentagon front, it will be all about geopolitical spheres of influence.

Considering Trump's previous conversations with realpolitik stalwart Henry Kissinger – who also happens to double as a war criminal – bets can be made that a "Nixon in China" moment, as engineered by Kissinger, will be on the cards, as in "Trump in Russia". After all, Russia is a potential US partner.

The problem then switches to the "containment" of China – which brings us to what may be configured as the Trump White House line of attack; Divide and Rule – what else – between strategic partners Russia and China.

Bets can also be made that President Putin – as well as President Xi Jinping — won't fall for such a crude game; their strategic partnership – which implies nothing less than massive Eurasia integration – is constantly strengthening.

Considering the Pentagon ranks Russia-China as the top existential threats to the US, the only possible strategy to have a shot at maintaining some pre-eminence would have to be Divide and Rule.

So expect all sorts of minor – hopefully not major – confrontations all across the spectrum of Beijing's access to the South China Sea, from the Indian Ocean to the Western Pacific; that's where Taiwan fits in – in that roughly 600 km maritime stretch between Taiwan and Okinawa.

Sinophobia? Not really; hardcore geopolitics. As the asinine regime change attempt on Trump fades into the annals of failed color revolutions, keep your focus on the South China Sea.