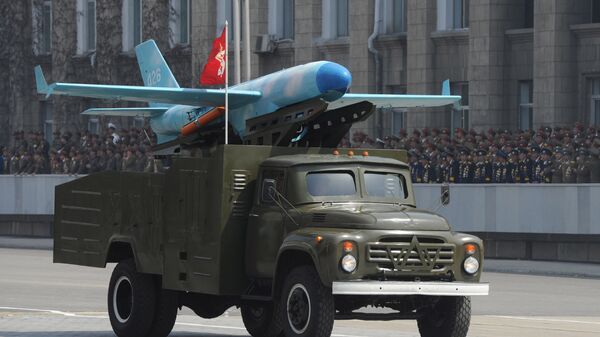 MOSCOW (Sputnik) — A new drone, which is larger than those used previously is currently undergoing flight testing, the Yonhap news agency reported, citing an official from Seoul.

"The North is building larger drones with greater range and with the capability to be flown remotely by flight controllers," the official told the news outlet, adding that Seoul had detected a number of flight tests this year.

The Drone of Drones: Russia Showcases Half-UAV/Half-Plane on Air Cushion
North Korean media also stated earlier this month a new UAV was being developed, describing its abilities to take atmospheric measurements, detect forest fires and monitor fishing grounds, according to the news agency.

North Korea has long made use of drone technology, both procured from abroad and made domestically.