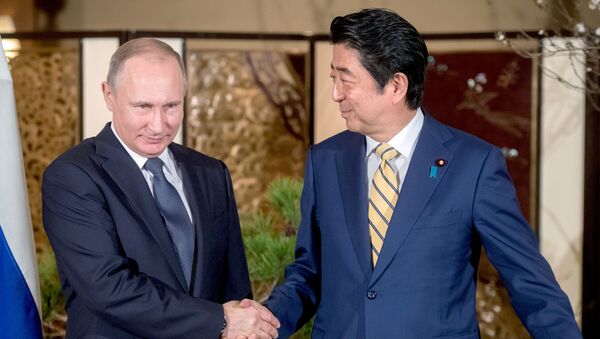 Russian President Vladimir Putin said Friday he had discussed the possibility of signing a post-World War II peace treaty with Japanese Prime Minister Shinzo Abe during their talks in the country.

TOKYO (Sputnik) – Putin is visiting Japan on December 15-16. On Thursday, he held talks with Abe in the city of Nagato in Yamaguchi Prefecture.

"Yesterday in Nagato we held substantive negotiations with the prime minister during which we discussed the state of the whole range of Russia-Japan relations, including the issues of political nature, the possibility of signing a peace treaty," Putin said.

On Tuesday, the Russian leader gave an interview to Japanese media outlets, saying that the absence of the peace treaty was an "anachronism" that should be removed and called for full-scale normalization of bilateral ties.