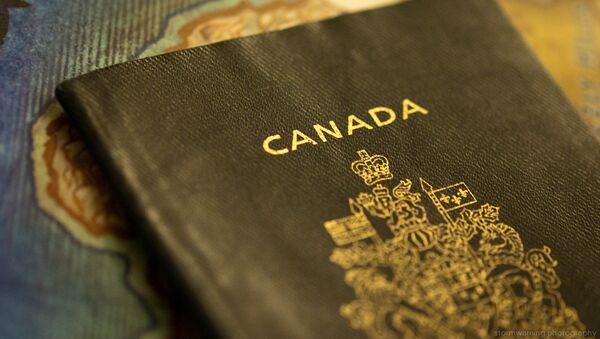 © Flickr / Jeff Nelson
Subscribe
International
India
Africa
Illegal border crossings from the United States into Quebec have more than quadrupled since 2014, Radio Canada reported on Wednesday. The Royal Canadian Mounted Police detained 823 refugee claimants so far in 2016, compared to 166 in 2014, and 315 in 2015. In November alone, 273 were detained, the highest monthly total on record.

The respected female computer scientist and US Rear Admiral, Grace Hopper, once said that it is easier to ask forgiveness than permission, and Canadian immigration law corroborates her statement. Mitchell Goldberg, a Montreal-based immigration lawyer, told CBC that it’s easier to apply for asylum once inside of Canada than it is in one’s home country. This may have incentivized prospective Canadian asylum-seekers to cross illegally, rather than go through a formal immigration process.

It is a cliche in the United States, especially among those who are politically dissatisfied, to threaten a move to Canada. The success of Donald Trump, culminating in his election to the US presidency in November, caused the Canadian immigration website to crash on election night after Americans began researching the possibility of moving to their northern neighbor.

The United States/Canada border is the longest unguarded international border in the world, making a crossing a simple matter. With its high employment, high standard of living, high satisfaction with life, and acknowledged government transparency, Canada is seen as an enviable place in which to emigrate.

Some 200,000 Visited Canada Immigration Website on US Election Night

Canadian immigration, however, is strict, allowing only refugees, those with Canadian family members, those with desirable work skills, those attending Canadian universities, or those wealthy enough to apply for an Immigrant Investor visa (minimum net worth: 10 million Canadian dollars, or about 7.5 million American dollars), to enter.

Nevertheless, the United Nations reported that 20 percent of Canada’s population are immigrants. Some 300,000 immigrants arrived in Canada in 2016, a record number, according to the Canadian Immigration Newsletter. In October, Canada quietly loosened its immigration laws and made it easier for prospective immigrants to qualify for a visa.

Canadians have taken American inquiries in stride. The people of Cape Breton Island in Nova Scotia launched a website called Cape Breton if Donald Trump Wins, a guide for prospective tourists and immigrants to visit or move to the scenic island of some 135,000.

Quebecoise authorities have stated that they do not know why the number of Americans seeking asylum is rising.