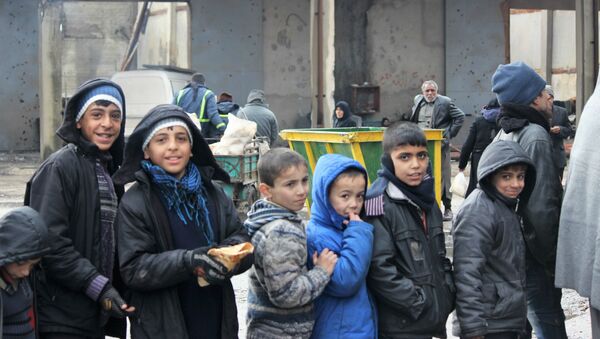 Radio Sputnik discussed the situation in East Aleppo with Vanessa Beeley, an investigative journalist and peace activist, who has just returned from the city and is currently in the Syrian capital, Damascus.

“What we are seeing is an incredible hysteria from the corporate and mainstream media about the situation on the ground in East Aleppo and I can categorically and unequivocally say that the majority of their reports are based on unverified sources and are blatantly untrue,” Beeley said.

She further said that she just recently returned from Aleppo to Damascus. She spent three days in the Eastern Aleppo and she went to Hanano which was literally liberated just a day ago and there she spoke to civilians on the ground.

“We saw clear signs of jubilation at their liberation from what were fundamentally four years of incarceration by NATO and the Gulf States which funded various militant factions headed up by al-Nusra Front and al-Qaeda in Syria. We spoke with many civilians; some of them were actually flooding out to give us their testimony.”

She said that the majority were desperate to tell that they were so grateful to the Syrian Arab Army for liberating them from their imprisonment. 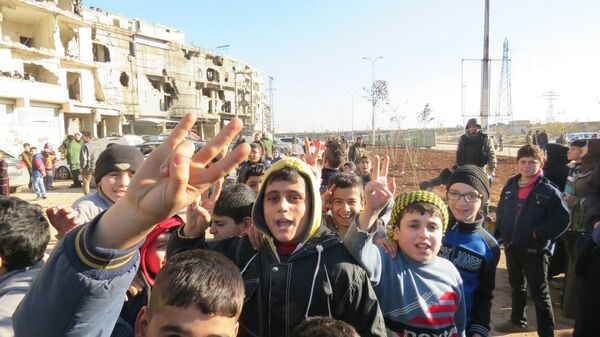 “The majority also told us that the terrorist factions were receiving humanitarian aid including food and medicines. They had it stock piled and sold at extortionist prices.

Mainstream Media Engaged in ‘Falsifications’ Around Aleppo – Italian Journalist
One woman told us that there are 12 members in her family and they were given twelve loaves of bread every three days and that was the extent of their rationing on food,” Beeley told Sputnik.

She further said that she saw many children who were emaciated and starved, showing serious signs of malnutrition.

“We saw the Syrian Arab Army and the Russian sides sending out food to all the areas that we went to.”

Beeley further spoke about the liberation process of the old city, the Umayed mosque and the ground warfare which went on between the Syrian Arab Army and the terrorist factions.

“We got into a taxi; the taxi driver was crying he said that this is an amazing moment. He said that maybe this is the moment when we can unite as West Aleppo and East Aleppo and ‘I can see my family who I haven’t seen in five years,’” the journalist said. 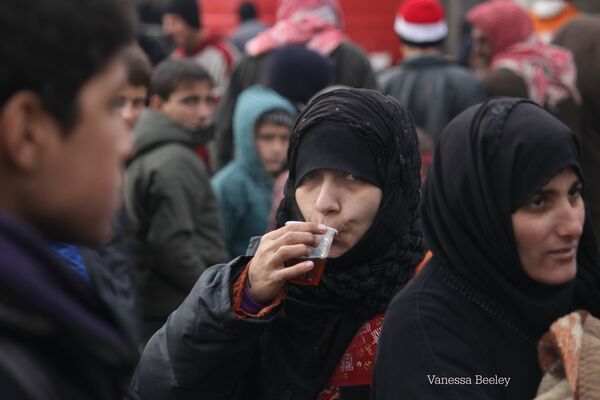 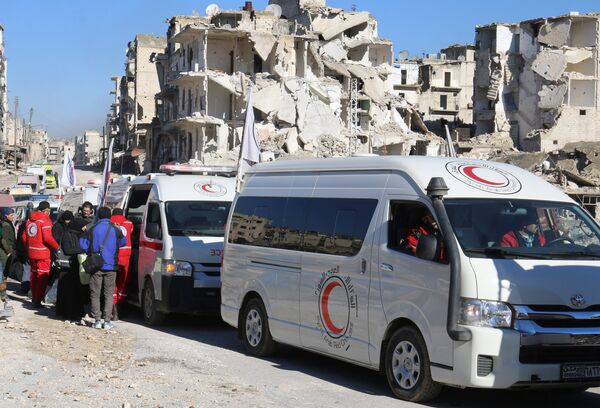 She also spoke about the Jibreen registration center which is a place where civilians who have got out from the areas in East Aleppo come to register. Many of the people have either lost their IDs or had them stolen. So they came to the center to register even if they did not have ID papers, they were given paper which allowed them to travel freely.

“At this center alone we saw civilians being escorted by the Syrian Arab Army. We saw the Syrian Army carrying their belongings for them, handing out food and hot drinks to the people who were arriving in the pouring rain. We also saw the Russian field hospitals, we saw Russian doctors treating all manner of injuries, and many had broken limbs that had not been treated,” Beeley said.

She further said that many civilians told her that there were field hospitals before the liberation also but only terrorists were being treated there and civilians didn’t even dare to go there in order to get treatment.

“One man in a wheel-chair said that he hadn’t received any medical help since the Aleppo doctors left in 2013. So this was a catalogue of horror stories but not to do with Syrian Arab Army, it was to do with these NATO and Gulf States funded terrorists who had been imprisoning these people and using them as human shields, raping their daughters, imprisoning eight-year old children.”

Beeley said that in East Aleppo when she asked the civilians of whether they faced any brutality at the hands of the Syrian Arab Army, “they looked at me as if I am insane. They told me that the army liberated them. They took us to safety in their own trucks back to Jibreen out of East Aleppo and provided them with food, warmth etc.” 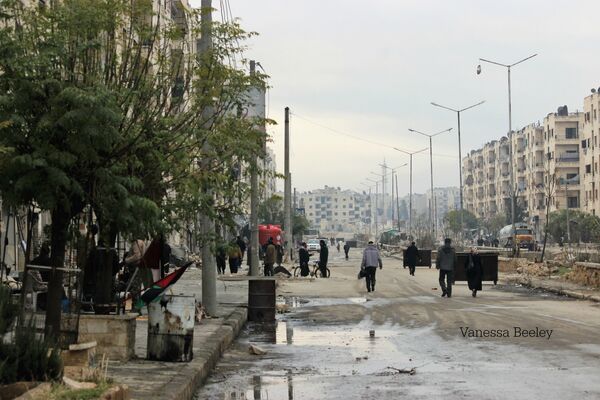 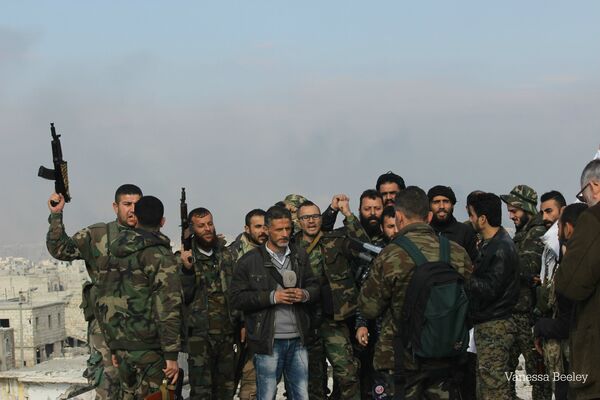 Rudskoy added that the representatives of the International Committee of the Red Cross and officers from the Russian center for Syrian reconciliation had entered the liberated districts as they had been freed, and found no bodies there.

He said that the real-time drone video of the operation was available across the world. More than 7,000 eastern Aleppo residents have returned to their homes after the liberation of the city, he said.