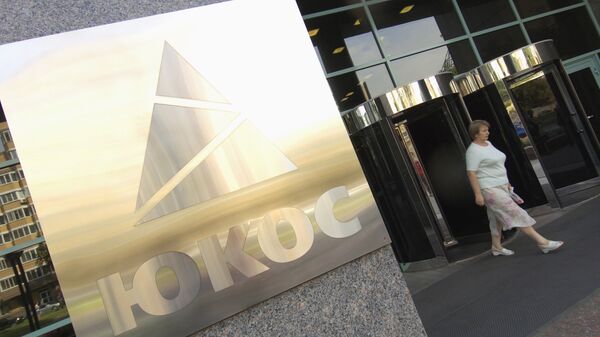 Sweden's Supreme Court Refuses to Review Decision on Ex-Yukos Shareholders' Case
MOSCOW (Sputnik) — Currently, the Constitutional Court is discussing the request of the Russian Justice Ministry about the possibility not to implement the 2014 decision of the European Court of Human Rights (ECHR), which implied that Russia must pay about $2 billion to the shareholders of Yukos.

"Russia's arguments saying that the compensation sum [to Yukos shareholders] should be decreased due to the fraudulent behavior of the company's management was not popular with the ECHR," Krotov said.

Earlier during the Constitutional Court's session, Russia's Representative at the ECHR Georgy Matyushkin added that the European court did not deny the fact of tax evasion by Yukos.

In July 2014, the ECHR ruled that Russia must pay about $2 billion to the shareholders of Yukos. The Russian Justice Ministry said it would not follow the court's ruling because compliance would put the ministry in breach of Russia’s constitution.