Ghosts of Soviet Propaganda: MPs Sneer at Claim of Russian Hand in Brexit 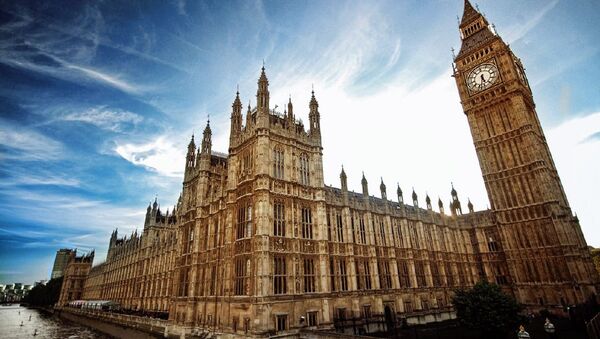 British MPs have made fun of Labor MP Ben Bradshaw’s claim that Russian hackers had messed with the referendum on the UK’s exit from the European Union, with a Tory lawmaker comparing Bradshaw’s tirade to the tactics of the Soviet Pravda mouthpiece.

Kremlin Slams Claims of Russia's Interference in Brexit as 'Unprofessional'
As if accusing the Kremlin of masterminding Britain’s pullout from the European Union was not enough, arch-remainer Bradshaw, who voted against triggering Article 50 that started the clock of Brexit running, said that there was now “proof” that Russian hackers had meddled in the US presidential election and even had a hand in Donald Trump’s surprise victory.

Apparently caught in the frenzy of the vicious campaign of accusing Russia of every bad thing happening on this planet, the Kremlin-scared Labor “whistleblower” said that “what President Putin cannot achieve militarily he is already achieving using cyber and propaganda warfare.”

“Not only their interference in the American election has now been proven. Probably in our own referendum last year — we don't have the evidence for this but I think it is highly probable,” Ben Bradshaw warned the House of Commons during a debate on the situation in Syria and the Russian-backed final assault on Aleppo by forces of Syrian President Bashar Assad.

“That's a bit rich coming from a prominent Remain supporter who was part of a campaign that employed all the tactics of the discredited Soviet Pravda in pursuit of Project Fear,” Conservative MP Andrew Bridgen told MailOnline.

“I do know the EU were paying people to Tweet,” he added.

Another Conservative MP dismissed Mr. Bradshaw’s allegations as “a joke” and “a crazy claim from someone who does not want to accept the will of the people.”

In another blow to the scaremongering laborite, a Cabinet spokesman said that they had no evidence whatsoever that Russia had used cyber warfare to sway the June 23 referendum on Britain’s exit from the European Union.

The Kremlin has dismissed claims of Russia's alleged interference in the Brexit referendum.  President Vladimir Putin has repeatedly said that the UK officials' claims that Russia was interested in the United Kingdom leaving the European Union are absolutely baseless.