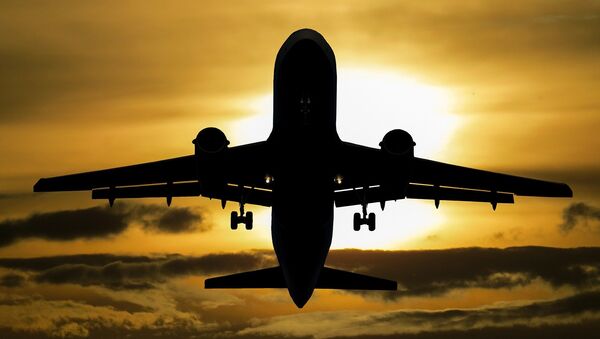 © Photo : Pixabay
Subscribe
British MPs have said they are "staggered" by failures which led to the UK Government spending US$360m of taxpayers' money on building an airport on an island in the South Atlantic which is so badly thought out it cannot be used by commercial airlines.

The remote island of St. Helena is a British Oversea Territory lying in the South Atlantic, west of Angola and Namibia, in Africa, whose history with the British dates back to the 17th century.

It is famous for the fact that the British imprisoned Napoleon there for a short while and that is has campaigned for an airport for decades in the hope of boosting its tourist industry.

​However, after a long wait and US$360 million, its new airport cannot — without some form of mitigation — be used by regular commercial airlines because of a well-known "wind shear" factor that makes landing there immensely challenging.

"It is staggering that the Department did not foresee and address the impact of difficult wind conditions on landing commercial aircraft safely. The Department [for International Development] was evasive on the question of who should be held responsible, and is yet to hold anyone to account, either internally or externally for the failure to identify this fundamental issue. Nor has it identified the extent or cost of remedial action required."

Government project to build airport on overseas territory of St Helena at cost of £285m a “fiasco” says @CommonsPAC:https://t.co/TfR2mYO1J3 pic.twitter.com/pZSDS0IBU3

​Meg Hillier, Chair of the Public Affairs Committee of MPs said: "The Government has an obligation to support St. Helena but a US$360m white elephant serves neither its people nor the taxpayers footing the bill. The failure to undertake robust due diligence on this project is truly appalling."

"The result is a disaster: a commercial airport that is not fit for purpose, no credible plan to salvage value for money, and no clarity on exactly who is responsible for the whole sorry mess," she said.

Apart from the fact that the British Government has built an airport on an island that — substantially — nobody can get to by plane pales into significance when its whole raison d'etre has been called into question. The report said: "The reputational damage to St. Helena from this fiasco could further hinder its ability  to  attract  investment."

​"There is also doubt over whether the airport, when operational, will lead to St. Helena becoming financially self-sufficient, due to significant uncertainties over projected tourist growth figures and a lack of progress toward attracting investment. Thus far, the Department has unquestionably failed the residents of St. Helena and the British taxpayer," the report says.

000000
Popular comments
"..... and no clarity on exactly who is responsible for the whole sorry mess," How is it possible that those responsible cannot immediately be identified? Surely not!