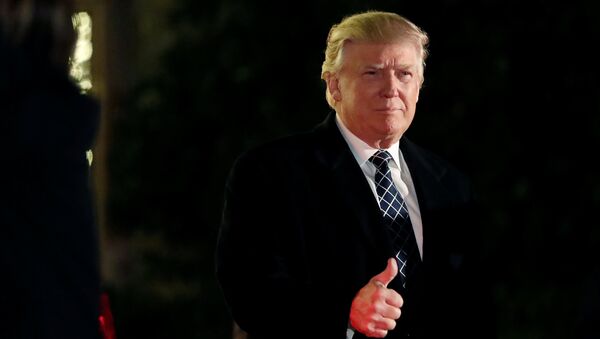 Trump Considering Republican Campaign Donor to Be US Trade Representative
WASHINGTON (Sputnik) — Trump made remarks at the summit attended by the executives from Apple, Microsoft, Amazon, Facebook, Intel, IBM, Cisco, Oracle, and Tesla, according to the president-elect’s transition team.

"We want you to keep going with the incredible innovation," Trump said in his opening remarks on Wednesday as quoted by Politico. "Anything we can do to help this go along, we're going to be there for you. You can call my people, call me — it makes no difference — we have no formal chain of command around here."

In the meeting, Trump emphasized that his nominee for secretary of commerce Wilbur Ross and head of the White House National Economic Council Gary Cohn will put additional effort into mitigating international trade limitations.

"They [Ross and Cohn] are going to make it easier for you to trade across borders because there are a lot of restrictions, a lot of problems," Trump stressed.