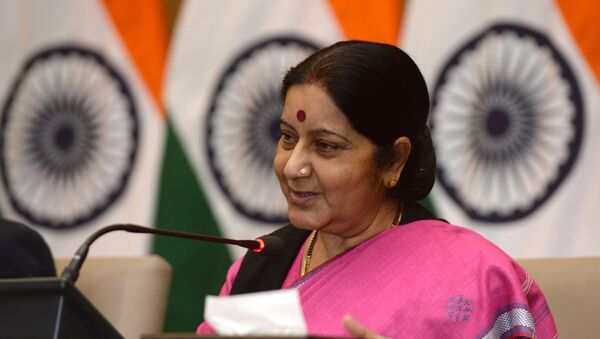 Indian Foreign Minister Sushma Swaraj been named as one of the 15 Global Thinkers of the year by the Foreign Policy magazine for helping out thousands of distressed people who had appealed for help on the social media.

Prime Minister Narendra Modi congratulated her for the recognition.

​Spokesperson of the Ministry of External Affairs Vikas Swarup also congratulated Sushma Swaraj for her feat.

MEA proud to be led by EAM @SushmaSwaraj, who receives yet another recognition for her unique brand of diplomacy https://t.co/pv1T0zLZCC

Foreign Policy magazine has especially mentioned an episode in which Sushma Swaraj helped rescue around 10,000 stuck in the Gulf without food and money.

The magazine writes: "In July, Sushma Swaraj, India's external affairs minister, tweeted to her roughly six million followers that 10,000 Indian workers employed inside the Kingdom faced a food crisis. What followed was a weeks-long social media operation in which Swaraj posted information for migrants about rations provided by the Indian Embassy, claims for unpaid wages, and government-organized transportation home.

Earlier, Washington Post had named her "Supermom of the State" for her role as a mother figure for common people in distress.