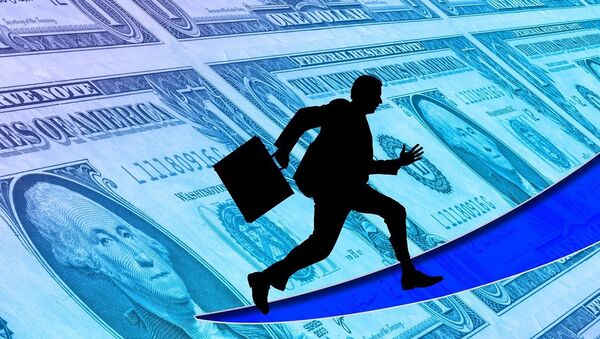 © Photo : Pixabay
Subscribe
Close to 40 percent of US businesses with a UK base say they are considering moving their operations elsewhere in the EU because of Brexit, a new report has found, raising concerns over the future of American-British trade in light of the country’s decision to leave the EU.

Those businesses most likely to relocate were in the food and beverage, life sciences and financial services sectors, while aerospace companies were the most likely to stay put, according to the survey.

Is this the end of the US-UK special business relationship? https://t.co/ynE0nnxmvU Read more in our latest report #Trade #Brexit #EU pic.twitter.com/33SAJIgKvD

​The results come amid concerns that any UK government plans to take Britain out of the European single market will have a negative impact on trade and investment.

"The strong UK-US trade relationship that has been carefully nurtured over the past fifty years is in serious jeopardy," said Bernardine Adkins, Gowling WLG's head of EU, Trade and Competition.

EU's chief Brexit negotiator @MichelBarnier has told MEPs he is NOT against a transitional agreement, but would need clear end point

​"This is despite a wide consensus amongst US firms that the unique dynamics of the UK market and its access to the rest of the EU drive their preference for doing business here. Concerns that Brexit will have an effect on current investment decisions mean this needs addressing now, not later."

4 in 5 US companies favour a direct #trade deal between the US and UK — Find out more in our latest guide https://t.co/ynE0nnxmvU #Brexit pic.twitter.com/T5zpv1cvXX

The findings come after a report from the House of Lords concluded that a failure to strike a transitional Brexit deal could result in the loss of tens of thousands of banking jobs in the UK, as rival European capital look to lure London's lucrative banking industry.

The government, under Conservative Prime Minister Theresa May, is under pressure to publish a plan setting out the country's objectives during EU divorce talks, with some opposition politicians calling for MPs to be given a final vote on any Brexit deal negotiated between the UK and the EU.

​May's rhetoric on immigration has led to predictions the UK will leave the European single market, with the prime minister pledging to trigger Article 50 by the end of March 2017.

However, the government could face a parliamentary backlash against its Brexit timetable, with a High Court decision ruling that MPs must vote on legislation before kicking off the official divorce process.

The government has appealed the decision in the Supreme Court, with a final decision expected within a couple of weeks.