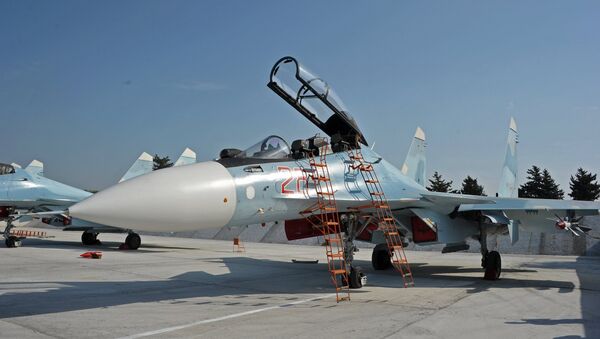 SEVASTOPOL (Russia), (Sputnik) — In October, the Russian Defense Ministry reported about the arrival of the ninth Su-30SM fighter to Crimea. On Monday, three more aircraft were deployed to the peninsula.

The Su-30SM, commissioned in 2013-2014, is a two-seat derivative of the Su-27UB jet, capable of air-to-air and air-to-ground strikes and can be equipped with a wide variety of precision-guided munitions.