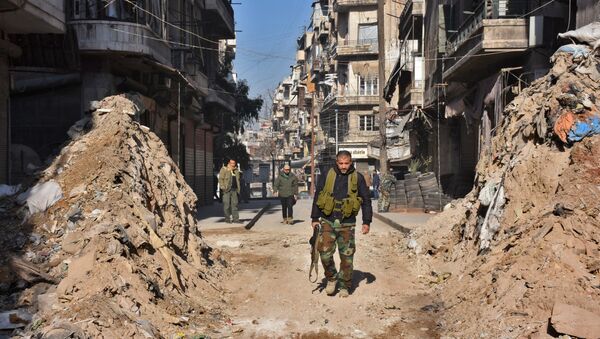 © AFP 2023 / George OURFALIAN
Subscribe
International
India
Africa
The situation in Syria’s Aleppo remains tense, but there is a positive trend in the advances of the Syrian army, Kremlin spokesman Dmitry Peskov told reporters.

MOSCOW (Sputnik) – Over the recent months, Aleppo became a major battleground in Syria between government forces and militants.

On Tuesday, the Russian reconciliation center said that the Syrian army was controlling over 98 percent of the territory of the embattled city, with militants present in less than 3 square kilometers (1.1 square mile).

"It of course remains tense. Without doubt, let’s say, there is a positive dynamic in the sense of advances of Syrian troops," Peskov stated.