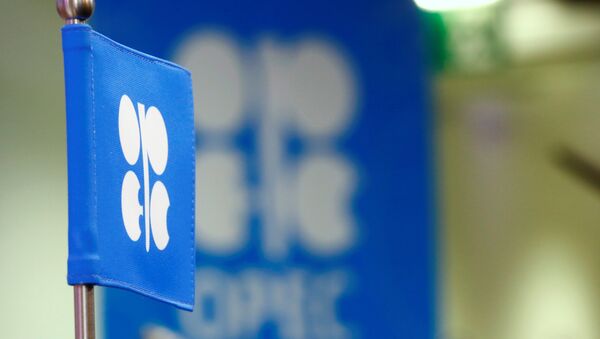 Rex Tillerson ‘Well-Prepared’ for US Secretary of State Post - Hess CEO
WASHINGTON (Sputnik) — Hess’s comment came when asked whether it is possible for the United States to join the agreement by 11 non-OPEC countries to reduce oil production output.

Earlier in the day, OPEC Secretary-General Mohammad Barkindo said his visit to the United States marks the start of efforts to build cooperation with Washington over industry issues.

When asked how likely is to expect cooperation between the United States and OPEC under the Trump administration, Hess said, it has to do more in terms of having an active dialogue between them.

On Saturday, OPEC and 11 non-OPEC countries struck a historic deal for the latter to reduce oil output by around 600,000 barrels per day. The reduction amounts to some 1.8 million barrels per day in the first half of 2017. The deal finalized a preliminary agreement reached in Algeria in September.

In 2015, the United States became a net energy exporter for the first time since the 1950s, largely as a result of new technologies such as hydraulic fracturing, or fracking, as well as discoveries of new oil and gas deposits.