US Court Considers Whether Iraq War Was Illegal for First Time 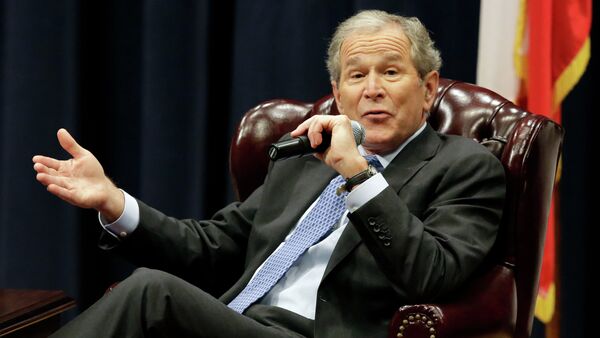 The case was originally brought in 2013 by Sundus Shaker Saleh, a single mother of four who fled Iraq in 2005.

​The Obama administration's Department of Justice has sought to protect the defendants twice on the basis they were acting within their scope of employment when planning and waging the war, and as their employer was the United States government, which is protected by sovereign immunity from prosecution, they cannot be held individually accountable. The case was dismissed, and the defendants immunized from prosecution, in 2014.

Saleh, represented by Inder Comar legal director at Comar Law, is contesting the dismissal on the basis of evidence of premeditation as early as 1998, before the defendants held their offices. By definition, the defendants could not have been acting under the scope of their employment before taking office, and thus sovereign immunity is not applicable.

​In addition to being the first time a US court has considered whether the Iraq war was illegal under domestic and international law, the hearing is also the first time since World War II a court anywhere has been asked to scrutinize whether a war itself meets the Nuremberg Trials definition of a war of aggression.

The legal legitimacy of the Iraq war has reentered mainstream political discourse in recent months, with Donald Trump noting last month that CIA allegations that Russia meddled in the Presidential election CIA assessment were being offered by "the same people that said Saddam Hussein had weapons of mass destruction."