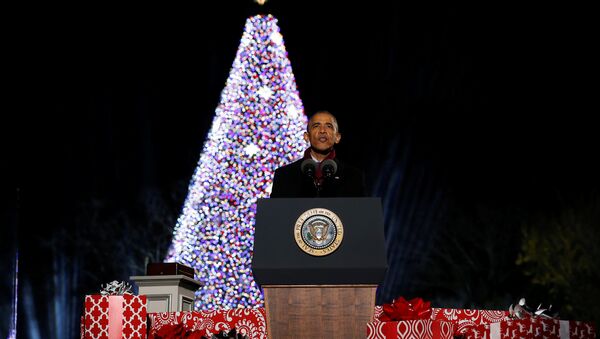 © REUTERS / Jonathan Ernst
Subscribe
Last week, outgoing US President Barack Obama signed an order waiving restrictions on the provision of defense articles and other support to US-allied militants in Syria. Political observer Maxim Sokolov suggests the president's move is a sign that he has lost any remaining sense of shame in Washington's effort to pour kerosene on the Syrian fire.

Last week, President Obama made a last ditch effort to inject more arms into Syria, waiving prohibitions on the supply of arms to insurgents operating in the country. The move has been intensely criticized, with multiple observers emphasizing that the measure's only impact will be to prolong the war, at the cost of innocent lives.

But according to RIA Novosti political observer Maxim Sokolov, it is the president's apparent state of mind, rather than the decision itself, that carries the most significance.

Seven years later, the outgoing two-term president, who is set to leave office in a little over a month, signed off on an order to officially waive restrictions on the provision of US military equipment to "foreign forces, irregular forces, groups, or individuals…engaged in supporting or facilitating ongoing US military operations to counter terrorism in Syria."

Sokolov suggested that "since the list of recipients, with the possible exception of Hezbollah and the Kurdish militia, are fighting for the most part against the Assad government, and nothing has been heard of their successes in the fight against Daesh or Nusra, Obama's decision is equivalent to pouring kerosene on a fire."

"Of course, the supply of weapons had taken place earlier, but it was done sheepishly and via third countries," the analyst stressed. "Now, from the mouth of the Nobel president we are effectively hearing the words 'down with shame!'" 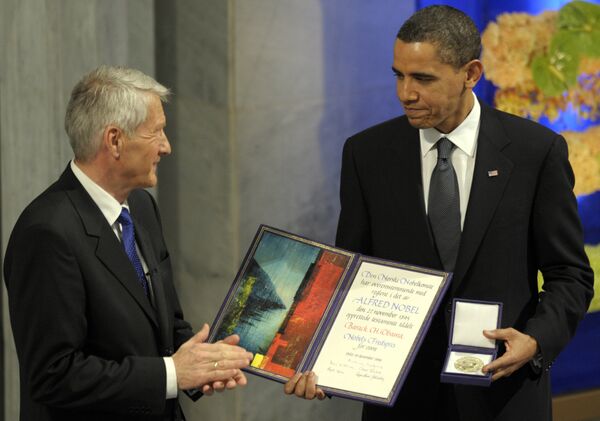 The Nobel Committee probably didn't expect such a turn of events when they made their decision in the dim and distant days of 2009, the commentator noted. When it was announced that the Peace Prize would be granted to Obama, "who had then been in office for only ten months…they explained that the award was given as an advance – to encourage the President toward breakthroughs toward peace-making. Now, this loan has been completely worn out – in the form of arms shipments to disparate thugs."

According to Sokolov, if the discrepancy between expectations and reality for the Obama presidency had been the invention of a fiction writer, "he or she would have been fairly reproached for extreme tendentiousness in creating such improbable and stilted plot turns. But life is richer than fiction – what we're reading isn't a novel, but announcements from the White House press service."

Daesh 'Would Have Received US Weapons in Syria if They Had Better PR'
Of course, "from a formal point of view, Obama is fully within his rights," the observer noted. "He is the serving US president, and in making the decision to pour kerosene on this fire, is in no way going outside of his powers."

But there is a difference between the letter and the spirit of the law, Sokolov added. "Factually, on November 9, when the votes were tallied and Trump emerged as President-elect, the status of outgoing president Obama became that of 'acting president'. There is nothing unusual or demeaning about this. In parliamentary democracies exactly the same thing happens: until a new cabinet is formed, the old government continues to perform its duties. Someone has to maintain the household."

There is only one rule to this order of things, according to Sokolov: that "the acting leader understands his temporary nature…and refrains from making decisions which have obvious and far-reaching consequences." 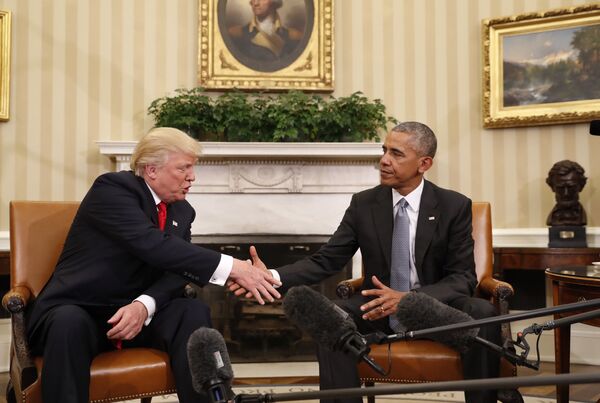 This is the established order because "it wouldn't be entirely correct to consciously leave it to the future sovereign to disentangle the effects of the decisions taken by the outgoing leader." There are exceptions, of course, for example if the country faces danger, and where to hesitate would mean putting national security in danger. "But fortunately, such a thing is extremely rare, and the supply of weapons to terrorists clearly does not fall into this category," the commentator stressed.

How Aleppo Residents Are Reacting to Their City’s Liberation (PHOTO, VIDEO)
Ultimately, Sokolov noted, "the specificity of the American situation lies, firstly, in the fact that the consequences of decisions made by a president on his way out the door can be much more serious than those taken by other, less powerful nations. This only further indicates the need for great care" in making such decisions.

"Secondly, the period of interregnum in the US is much longer than is typical in most other states," comprising almost two and a half months. This, the observer noted, was probably guided by the governing philosophy that "in leaving, it's necessary to clean up after oneself, rather than piling on more debris at the last minute."

000000
Popular comments
They should take the Peace prize away from him. Not a humanitarian by any shape or form.