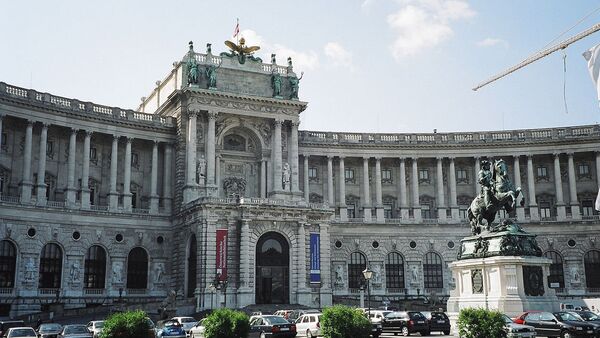 © Flickr / Phillip Capper
Subscribe
It is high time for the full lifting of Western sanctions against Russia due to their negative effect on the Austrian economy, as it is only the United States that benefits from them amid increased export to Russia, the executive director of Austrian Euroskeptic party Team Stronach, Robert Lugar, told Sputnik.

Sputnik.Polls: Survey Finds Growing Number of Eurosceptics in EU
MOSCOW (Sputnik) — On Tuesday, French President Francois Hollande and German Chancellor Angela Merkel spoke in favor of extending anti-Russia sanctions until there was progress in the situation in Ukraine.

On Sunday, in an interview to German newspaper Die Welt Austrian Vice Chancellor and Chairman of the Austrian People's Party (OVP) Reinhold Mitterlehner reiterated his call for gradual lifting of anti-Russia sanctions. According to the vice chancellor, the sanctions should not be automatically prolonged and more discussions on the issue are necessary. Mitterlehner called for lifting the sanctions in February, saying that they had affected over 1,500 Austrian companies and 40,000 employees.

"We have to cooperate with Russia in order to secure a sustainable growth and employment creation," Lugar added.

According to Lugar, sanctions introduced against Russia by the European Union are a false signal.

Despite the continuing anti-Russia sanctions there is a certain trend in which the importance of the United States as Russia’s trading partner is growing steadily, despite a decline in total turnover. According to the Federal Customs Service of Russia, in 2013 Russian-US trade turnover stood at $27.7 billion, or 3.3 percent of Russia's foreign trade. For the period of January-October 2016 the trade turnover between the United States and Russia stood at $14. 26 billion, with the US share in the total volume of Russian trade rising to 4.3 percent.

Relations between Russia and the West have soured amid the crisis in Ukraine. Brussels, Washington and their allies have introduced several rounds of anti-Russia sanctions over Crimea rejoining Russia in 2014 and over Moscow's alleged involvement in the conflict between the eastern Ukrainian militia and Kiev. Russia has repeatedly refuted the allegations, warning that the Western sanctions are counterproductive and undermine global stability.