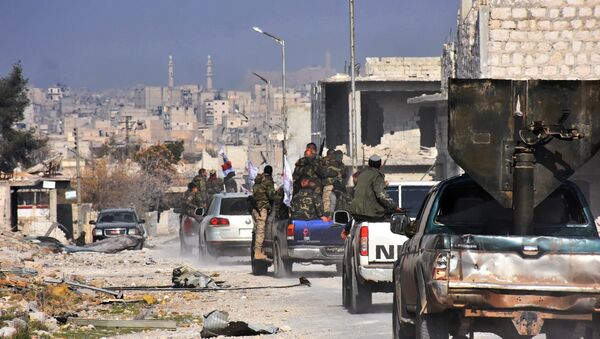 "Over the past 24 hours, Syrian government forces have liberated 11 districts of the eastern part of Aleppo from terrorists. Thus, the Syrian authorities have regained control of over 98 percent of the territory of the city of Aleppo. The area controlled by militants in eastern Aleppo does not exceed 3 square kilometers," the statement said.

On Guard: Syrian Terrorists May Attempt to Avenge Their Defeats in Aleppo
According to the center, some 110,000 civilians, including 44,00 children have been evacuated since the beginning of the Syrian offensive to liberate the city. More than 7,000 people have returned to their homes.