Dead Souls: Around 3,000 UK Voters Could Be Casting Ballots 'Beyond the Grave' 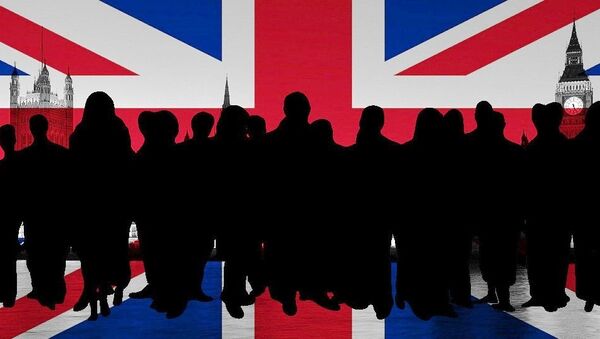 There are potentially 3,000 deceased people in the UK, who could still be voting from beyond the grave, according to a report from Dr. Kingsley Purdam, a lecturer at Manchester University, UK. It is a strange and unique case and is prevalent if electoral registers are not accurate or checked regularly.

Ronnie Carroll died in April 2015 at the age of 80. He was a signer and represented the UK in the Eurovision song contest two years in a row, 1962 and 1963. He came fourth on both occasions, but the strangest thing was that he also won votes in the 2015 General Election, despite being dead.

Mr. Carroll was standing for election in the constituency of Hampstead and Kilburn, London in 2015.

When a candidate from a registered party dies, the election has to be stopped and rerun, but if an independent candidate like Carroll passes away — the election goes ahead. Despite his campaign message, which had explicitly encouraged people "not to vote" for him and despite the significant drawback of being dead, Mr.Carroll secured 113 votes, more than one of his living competitors at the time.

@ConradLongmore If for example, a Labour or Tory candidate died after this date, the party would not be able to replace them with another

Dr. Kingsley Purdam, a lecturer in social statistics at the University of Manchester, has aimed to uncover the mystery of the dead voter.

In an article published in Significance magazine, entitled, "How many dead people can vote?", Dr. Purdam tries to answer this question and believes that there could be around 3,000 people in the UK who have died but are able to vote from beyond the grave.

"The idea that someone dies and they are voting beyond the grave is interesting, and it's a complex issue to understand. It can be driven by a number of things but obviously democracy is quite a dangerous business, so some people can die during an electoral campaign and this can be a real issue for the regulation of elections. And regulation is only as good as the accuracy of the people who have registered to vote," Dr. Purdam told Sputnik.

"People move and sometimes die, so keeping them [electoral registers] up to date is hard. But beyond that are the deliberate attempts to influence the election and one way could be to take the identity of another voter," Dr. Purdam added.

Dr. Purdam said stealing another voter's identity is a rare thing and doesn't really happen in the UK. However, the people in charge of the electoral register need to make regular checks.

Ronnie Carroll’s election campaign was ‘the best in 30 years’ despite him being dead http://t.co/zuQJ8ftNp0

The UK was not the only country that had experienced 'dead voter' syndrome. US president-elect, Donald Trump, said in a campaign message that he believed there was at least 1.8 million deceased voters still registered on the list.

"People who died 10 years ago are still voting," declared Donald Trump in the US election.

Further, in the 2013 Zimbabwe general election, 8.7 million ballot papers were printed, this was 35 percent more than the number of registered voters. It was claimed that the electoral registers included the names of 2 million dead people, including one man, aged 135.

So is there a solution to this problem?

Dr. Purdam said that more needs to be done to ensure people who vote are who they say they are:

"Checking the identity of voters and having photo IDs and fingerprint recognition. Also, a lot of voting is done by post and it's posing new challenges to the election regulators, so I think there needs to be more investment in these systems to make them better," Dr. Purdam told Sputnik.

Dr Kingsley Purdam — It is vital for democracy that voter registration and identification practices are robust… https://t.co/29gWkQPU0g

​However, with an aging population, could we see more deceased people voting in elections and referenda?

"Well I think it's to do with mortality rate and the length of the election period. One of the issues is that there are socio-economic mortality rates and people in prosperous areas live longer. Obviously if you are in poor health you may still get to vote," Dr. Purdam told Sputnik.

So could dead voters have determined the outcome in any constituency race in the last UK general election? According to Dr. Purdam this is unlikely to have happened as the potential number of dead voters per constituency is low. A figure of 3000 across the country represents around five people per constituency.

Assuming all these people voted in one direction, which is unlikely, the number of 'dead votes' wouldn't had been enough to influence the outcome in any constituency in 2015.